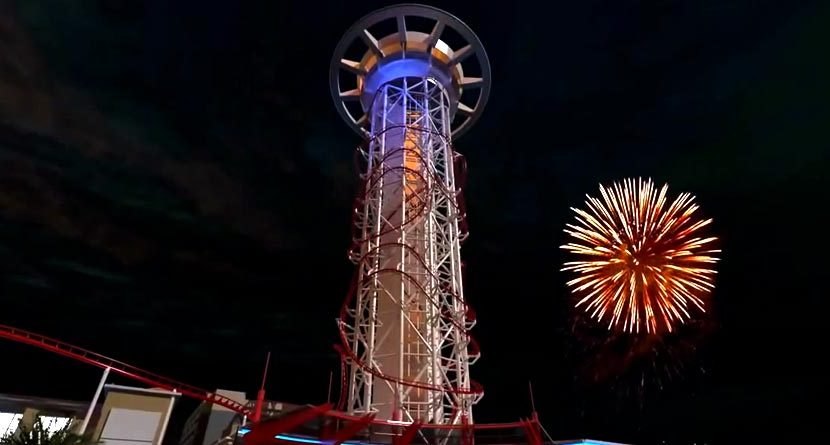 It’ll be appropriately called the “Skyscraper,” towering over International Drive at 570 feet tall.

The track itself wraps around a massive observation tower, sending riders twisting and turning to the top and back down at 65 mph. It’ll blow past the current record holder for the tallest roller coaster, Kingda Ka at 456 feet, which is located at Six Flags Great Adventure in New Jersey.

If you’re itching to ride it like we are, you can (kind of) do so right now. This computer-generated, first-person video of the ride is as close as we’ll get to the Skyscraper for now, but it’s still incredibly realistic looking — at least enough to make you feel a little queasy.

Now that you’ve picked up your jaw after it dropped, you’ll be pleased to know that construction will begin in 2015. Skyscraper will be a part of a new $250 million entertainment complex called Skyplex, solidifying Orlando as the home of the best amusement parks in the country.