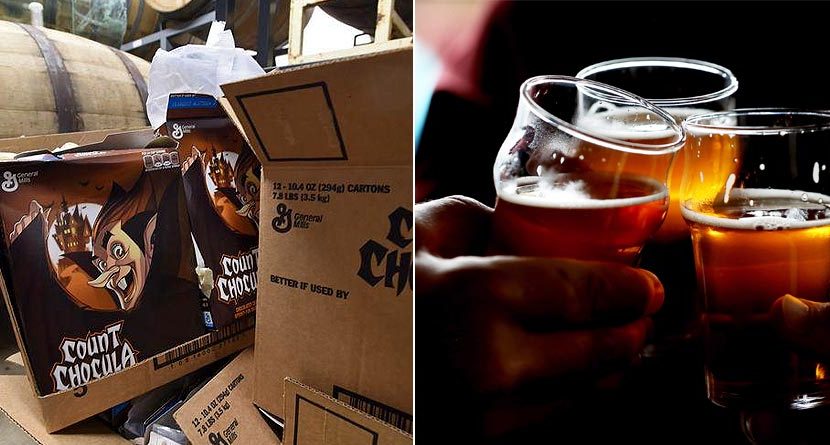 With the Halloween season comes pumpkin-flavored everything, fall beer, and of course, Count Chocula cereal. General Mills has released the always-satisfying chocolate-marshmallow cereal for 43 years now and it’s always in high demand. Especially in Colorado, where boxes couldn’t even be found on the shelves.

A mysterious case of disappearing Count Chocula in Fort Collins, Colo., has been solved after the culprit came forward. Black Bottle Brewery admitted to buying out the entire inventory of the cereal from two Albertsons stores.

Why? To make beer, of course. “We put the cereal into a hop back so it doesn’t get into the beer,” general manager Steve Marrick told The Coloradoan. “We did it as a joke at first, but the beer turned out well.”

The beer is called Cerealiously Count Chocula and will be available on Oct. 30. You can bet if the brewery is buying out stores’ inventory, it has to be some pretty good beer.