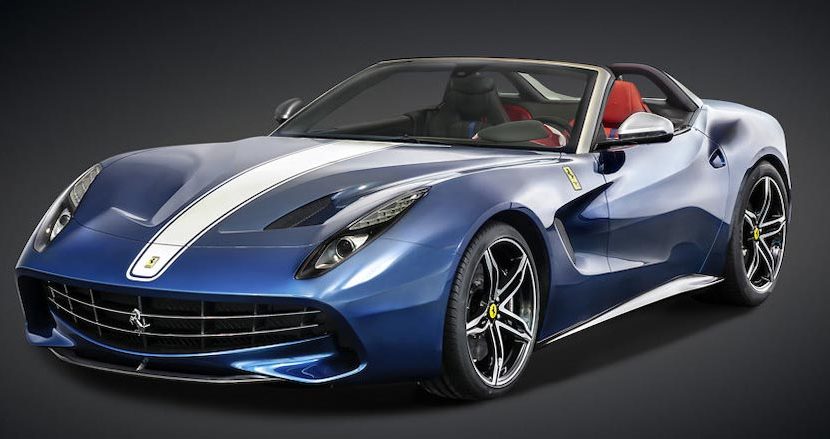 The Ferrari F60 America was one of the most sought-after cars when it debuted on Oct. 10, mainly because so few were made. Production of the car was limited to just 10, (which seems appropriate since the announcement was held on the 10th day of the 10th month.)

Very shortly after Ferrari unveiled the car, all 10 were sold for a cool $2.5 million apiece. Even if you had $2.5 million to toss at a new car, unfortunately you’re out of luck.

The name F60 America comes from Ferrari’s 60th year in the U.S., which is the main reason why this car was created: to celebrate the milestone.

The blue exterior paired a white racing stripe tie together an American feel, as well as an awesome red-and-black interior split down the middle to give the driver and passenger sides different looks.

It’s also powered by a V12 engine, because it is a Ferrari after all. For a closer look during the car’s unveiling, check out the video below.