First Look: The Ford GT Is Back, And Better In Every Way 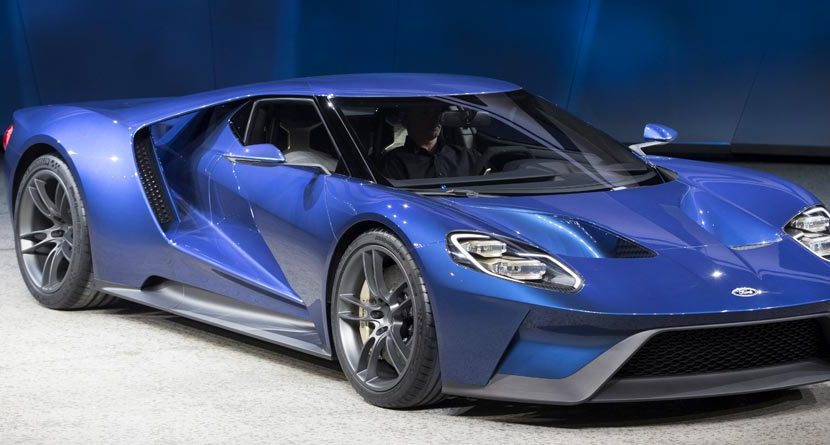 At the Detroit Auto Show on Monday, Ford pulled back the curtain on what could possibly be its best car ever: the 2017 GT.

Bringing back the company’s flagship supercar, the new GT is breathtaking. That isn’t often said about a car, but this is a rare instance.

This is Ford’s way of saying “we’re back,” and the world is sure to recognize. Immediately after seeing the car, you’re blown away by its wide body, sharp lines, and massive dual-exhaust tips. Made from carbon-fiber body panels and aluminum sub-frames, the GT is lighter than ever and will “exhibit one of the best power-to-weight ratios of any production car.”

But that’s just the beginning. What all that ‘mumbo jumbo’ means is that this thing is fast, but you already knew that. Ford says the GT will have “more than 600 horsepower” driven to the rear wheels, putting all that power at your fingertips with paddle shifters and a seven-speed dual-clutch gearbox.

Excited yet? I know I am. The GT is set to go into production in 2016. You can bet this will be one of the most highly-anticipated cars in the coming years.

For a closer look at this sick ride, check out the video below. If you don’t like this car, you’re just flat-out wrong — even if it is impossible to have a “wrong opinion.”

If you don’t believe this car has taken the world by storm after its unveiling, just look at how Ian Poulter reacted to the news. Sounds like his GT is getting a brother.

Well done @Ford New Ford GT looks incredible. http://t.co/cyCN3Z53pC Need to order 1 so my other has a mate. pic.twitter.com/GEQO60bdg0