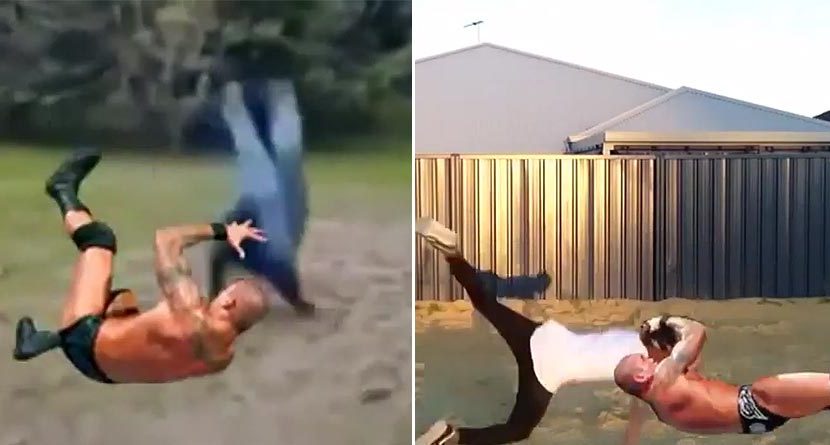 What did we do before the web?  Every day something else emerges that makes us wonder how we survived before those wondrous tubes.  You don’t have to search hard to find something that will crack you up, and today is no different.

Based on this hilarious video, Randy Orton — 12-time WWE world champion — really gets around. Well, everywhere that people are doing stupid things, at least.

His signature move, the “RKO,” has taken over the web thanks to a new meme which has him “knocking out” unsuspecting victims. Including an angry, unsuspecting golfer…

And here it is in GIF form — because everything’s goes better with GIF.

Enjoy. I promise you will.

There’s even a “Randy Orton RKO” Twitter account that already has 17.8K followers in less than one day.