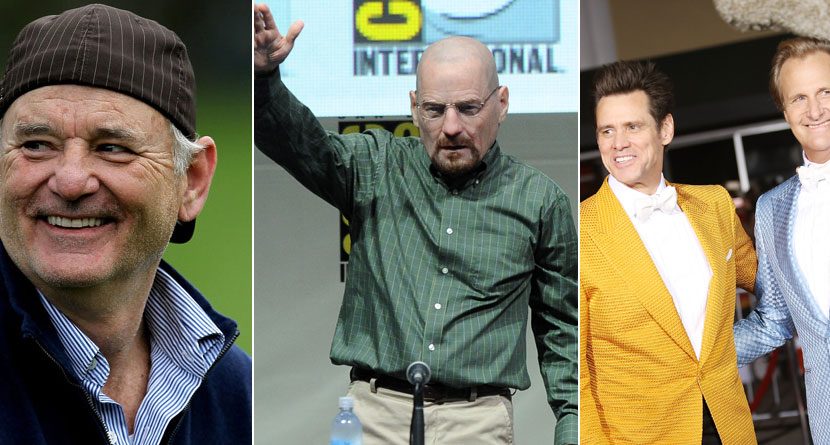 Like you, we’re quite excited that Harry and Lloyd have decided to give it another go in “Dumb and Dumber To.” We’ve been waiting 20 years to add a few genius comedic lines to our daily repertoire.

The only thing that could make the thought of the film better, in fact, is a cameo by one of our favorite golfing celebrities, Mr. Bill Murray.

Fortunately for us, Murray did, in fact, make a cameo in the film:

According to Vulture, Peter Farrelly, the movie’s director, wanted to get someone noteworthy to play the role of “Icepick” despite the fact that his face is never shown.

“Since you never see Icepick, we were thinking, Hey, we should get someone who’s iconic to do it. And who’s more iconic than Bill Murray? And Bill’s a very good friend. Any time you have Bill Murray on the set, everybody on the crew is happy. So, we wanted to bring Bill in just so we could hang around him. Like everyone else in the world, I’m nuts about that guy.”