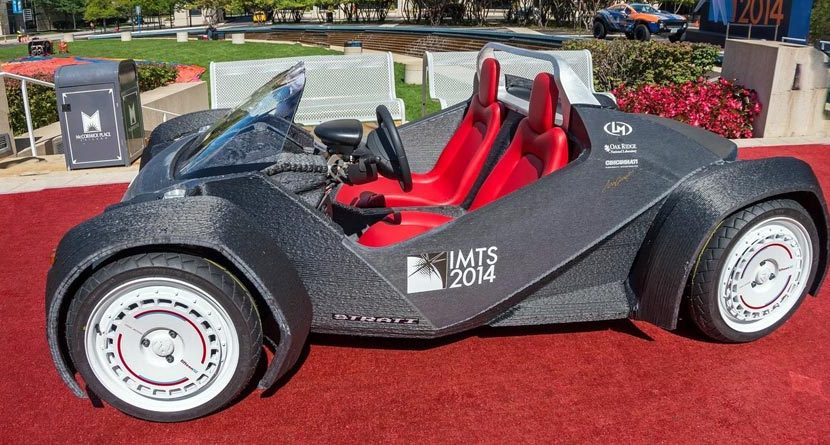 One of the most incredible pieces of technology nowadays is the 3D printer. Just think of something you want and print it. It’s as simple as that. Well, not literally, but you get the idea.

Local Motors has pushed the limits of printing in three dimensions to create the unthinkable: the world’s first 3D-printed car. Introducing the Strati.

Its body is completely made up of ABS plastic — all 212 layers — and is reinforced by carbon fiber. The only parts that aren’t printed are the battery, wiring, suspension and motors — but, don’t be surprised if even the motor is printed one day.

The battery can be fully charged in about 3 1/2 hours and has a cruising range of 62 miles. The only catch is that you can’t technically drive it on public roads until 2015 due to U.S. rules and regulations. That’s not a problem though because the car won’t be available to the public until next year.

The Strati might not be the most practical vehicle to own, but it’s damn cool. Before you know it, we’ll be hitting 3D-printed golf clubs.