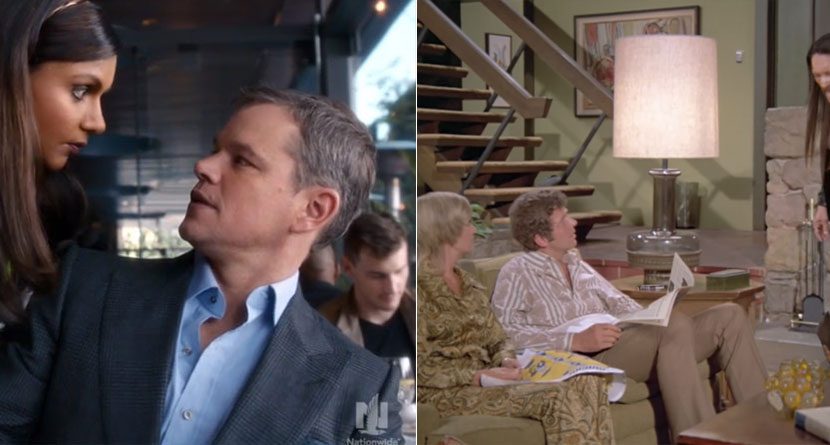 Super Bowl XLIX is in the books, which means it’s time to reflect on the night that was in TV commercials. Each year, companies pay millions and millions of dollars for 30-second spots during the big game, trying to win the attention of consumers everwhere. Just like in the game itself, there were winners and losers. Here’s a look at the best of the best.

Esurance – “I’m almost Greg”
Like so many others, I have had a large, Walter White-shaped hole in my life since Breaking Bad ended, so you know I was excited to see Walter White make a cameo in this awesome Esurance spot during Super Bowl XLIX:

Budweiser – “Best Buds”
Budweiser hit a home run this year with their “lost dog” spot. This commercial aired before the big game, but those who hadn’t seen it before Sunday night got to experience it and all the feels it makes anyone with half a heart feel:

Snickers  – “Brady Bunch”
Snickers has been running the “you’re not you when you’re hungry” spots for a while now. If memory serves, the series, in fact, re-launched Betty White’s career during a Super Bowl spot a few years ago. This year, Danny Trejo and Steve Buschemi appeared in one of the funniest spots of the year:

Wix.com – “Farve & Carve”
I have a soft spot in my heart for Brett Favre, so perhaps that’s why I loved this Wix.com spot as much as I did. It was nothing special, but it did see the gridiron legend poking a little fun at himself and offered a clear and concise message for future Wix.com customers:

Clash of Clans – “Angry Neeson”
I’m not one for cell phone video games and things of the sort (please stop sending my Candy Crush requests, I beseech you), but Clash of Clans got it right with their spot. Seriously, who doesn’t love a vengeful Liam Neeson?

Esurance – “Sorta Mom”
Esurance makes this list a second time for their much anticipated Lindsay Lohan “sorta mom” spot. It is funny, but nowhere near as good as their Walter White spot that aired later in the game. Still, everyone loves a celeb poking fun at themselves, and Lohan certainly does so here:

Nationwide – “Invisible Mindy Kaling”
Whether you love her or hate her, Mindy Kaling is becoming comedy royalty. The former “Office” star stars in this spot about feeling invisible. It also co-stars Matt Damon, which is an automatic win in my book:

BMW – “Newfangled Idea”
When you think funny commercials, you don’t necessarily think about BMW, but the auto maker came through big this year with the help of an old “Today Show” clip from 1994. It’s Katie Couric and Bryant Gumbel like you haven’t seen them before — or did, but didn’t remember until now because, you know, 1994 is forever ago:

Doritos – “Middle Seat”
Doritos offered writers the opportunity to “Crash the Super Bowl” by creating the chip companies Super Bowl spot with the grand prize winner collecting a million bucks and a writing job in Hollywood. The winner was Scott Zabielski, who wrote “Middle Seat.” If you missed it, check it out below:

Nissan – “With Dad”
There were plenty of solid sentimental spots this year and some that were just plain sad. The winner — for my money — was Nissan’s “with dad” spot, telling the story of a father on the road, coming back to see his son, perfectly themed by Harry Chapin’s classic, “Cat’s in the Cradle”: