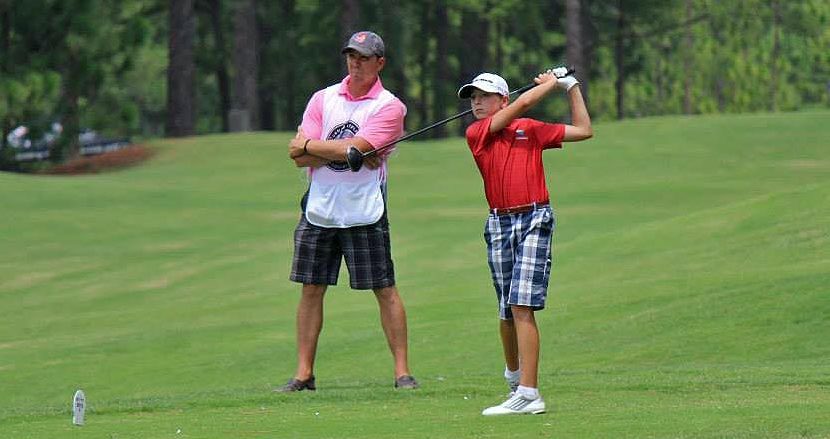 At the age of 11, most kids are hanging out with friends and playing video games. So long as they finish their homework, wash behind their ears and keep their elbows off the table, of course.

College seems like a lifetime away and is a mere afterthought for anyone but their parents.

For Ben James of Milford, Conn., though, he’s already prepared to enter the dorm life. According to GolfWeek.com, the 11-year-old James has verbally committed to play golf at the University of Connecticut in 2021. As crazy as that sounds, he’s got the game to back it up.

James won the 2013 U.S. Kids Golf World Championship, finishing 14-under after three rounds. That’s a great score for anyone, never mind a sixth-grader.

If you’re wondering how he does it, here’s footage of his swing from a few years ago:

James reportedly had visits to other top schools, including Wake Forest and Duke. In the end, it was his hometown Huskies that won him over.

“I think it’s going to be really fun to play on a team instead of as an individual because that’s how I play – it would be fun to have a team,” James told GolfWeek.com. “(Dave Pezzino) is a great coach and fun to be around. The campus was beautiful and he showed me the workout room and practice facility. It was a really nice visit.”

He’s got a long way to go until he packs his bags for Storrs, but verbally committing to a Division I school at the age of 11 is life-changing.

UConn head coach Dave Pezzino took a chance by offering him a spot on the team so early, but he may have also snatched up a centerpiece for his team — even if he has to wait seven years for him to arrive.