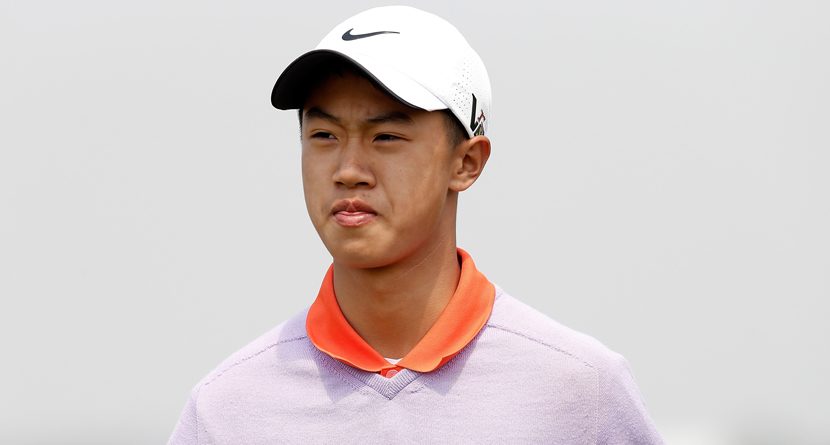 Is professional golf in China becoming a youth sport?

First there was Guan Tianlang, the 14-year-old who not only qualified to play in the Masters last month, but played and actually made the cut on his way to earning the low amateur title. His performance was even more impressive because he was penalized one stroke for playing too slowly in the second round.

And now we have Ye Wocheng, a 12-year-old (yes, 12) who became the youngest player to ever compete in a European Tour event when he teed off at the Volvo China Open Thursday morning in Tianjin, China.

But that’s not all. Also playing in the tournament are Bai Zhengkai (15) and Dou Ze-cheng (16).

There’s been talk about hackers in China trying to penetrate U.S. government computers, but what we really need to be worried about are these golfing prodigies.

Dou had the best round of the young Chinese contingent on Day 1 of the tournament, posting a 2-under par 70.

Dou gave what we rank as the best quote of the day: “I hit a bit of a top off the first tee and only carried it 230 yards, but it was OK because I still got a par.”