16 European Ryder Cup Songs That Will Make You Cry 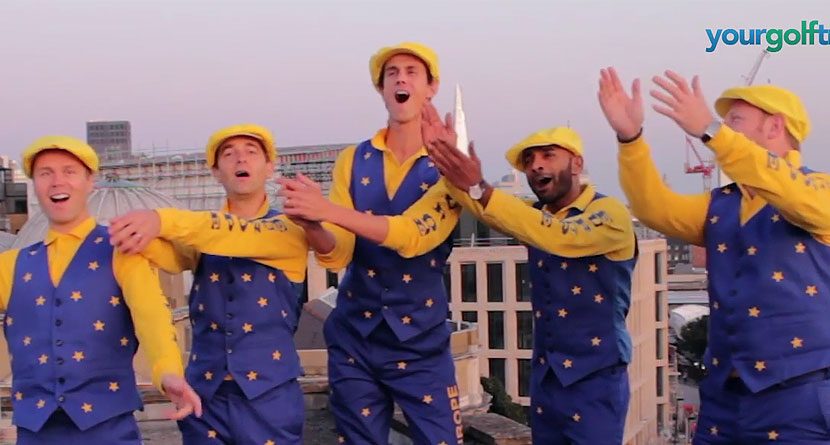 The Ryder Cup is just a week away, and fans are getting pumped on both sides of the Atlantic. Most show support for their teams in more traditional fashions — you know, with clothes and such — but one group of European fans has taken it to a different level, and I sort of wished they hadn’t.

The Ryder Cup Guardians, as they’re called, created 16 “songs” for the European team. There’s a rendition for every player on the squad as well as one for Captain Paul McGinley.

The singing is, well, unorthodox. And you should probably get a medal if you’re able to listen to all 16. But don’t take my word for it.  Here are some of the best — or worst — if you so dare.

I really hope these guys were trying to be less than satisfactory with these. They’re not exactly what I would download and put on my iPod for casual listening.

But who knows, I could be alone on that one.

To hear the rest of the songs, here’s the full playlist.