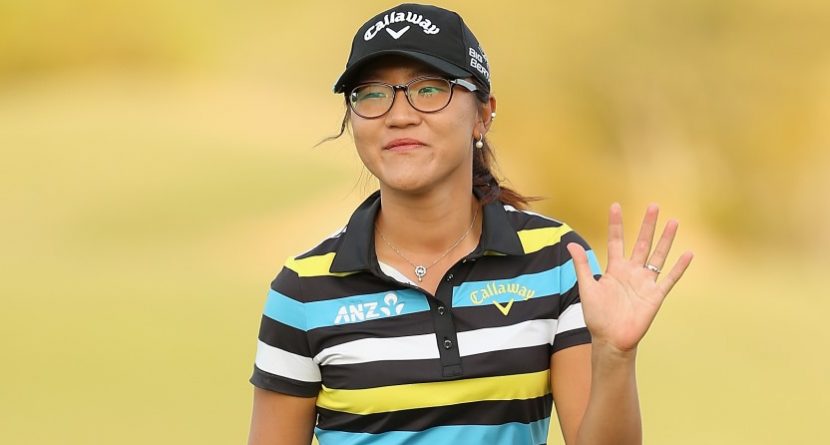 After opening with a 4-under-par 68 on Thursday at the Swinging Skirts LPGA Classic in San Francisco, Lydia Ko is in contention to win her third career LPGA Tour event. That wouldn’t even be the coolest thing to happen to her this week.

Thursday also marked her 17th birthday. But even that isn’t be the best thing to happen to the No. 4 player in the past few days.

One day before she turned 17, Ko was named one of Time Magazine’s 100 Most Influential People. Did you have that kind of impact at that age? A piece was penned by women’s golf legend Annika Sorenstam, who wrote, “Lydia Ko is exceptionally talented, mature beyond her years and well liked by golf fans and competitors alike. She is responsible for sparking increased interest in our sport not just in her native South Korea and adopted homeland of New Zealand but also among juniors across the globe.

“Her early, record-breaking success brings with it incredible pressure — and she’s doing a fantastic job handling the many responsibilities that accompany stardom. Her future is very bright. All I can add is to enjoy the ride!”

Ko was the only golfer to make the list, and one of only five athletes, joining Jason Collins, Richard Sherman, Serena Williams and Cristiano Ronaldo. Previous years have featured the likes of LeBron James, Lindsey Vonn, Li Na, Jeremy Lin and Tim Tebow.

Other LPGA golfers to make previous Top 100 lists include Sorenstam, Michelle Wie, Lorena Ochoa and Yani Tseng. Not a bad group to be associated with.

Other Hot Links:
– Ian Poulter Mistake Gets Animated Responses
– The Fringe: Pros Go Bowling & Mean Adams Golf Comments
– Tripod: TPC Louisiana’s Most Famous Resident
– Troops Spice Things Up with Loudmouth Apparel
– Which Golfers are Earning the Most Money Per Round?