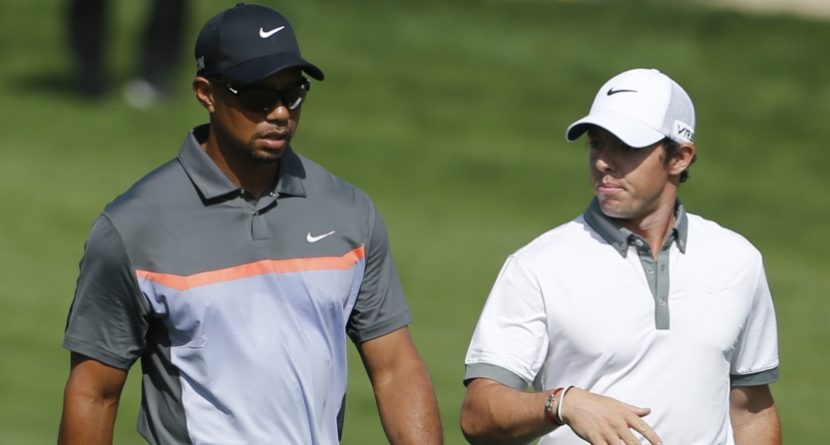 Tiger Woods and Rory McIlroy are missing the biggest party on the PGA Tour this week – the Waste Management Phoenix Open – because they’re doing battle in a Middle Eastern desert: the European Tour’s Omega Dubai Desert Classic. But they or one of the other 130 men in the field could cash in big time.

The tournament is offering an incredible $2.5 million for a hole-in-one on its 17th hole. That’s the same amount as the prize purse for the entire event, and would be more than all but 23 guys made in PGA Tour winnings last year. Of course, Woods reportedly is taking home $2.5 million just for appearing at the Desert Classic, but he could double that money with just one shot and not even have to win the tournament.

The odds of sinking an ace on that hole, however, are as slim as Dubai is excessive. First off, it’s a par 4. It typically measures 359 yards, the second-shortest par-4 on the course. But the dogleg right will be reduced to 325 yards for the weekend, which is the only time the $2.5 million offer stands. So only those who make the cut can take a shot. McIlroy said he might have to give it a go.

“I mean if I’ve got the right wind on the 17th, I’d go for it,” he said on Wednesday. “No matter what way the wind is it shouldn’t be a problem to get there. Yeah, there’s not many chances you have to win $2.5 million in one shot, so I will give it a go.”

After shooting an opening-round 63 on Thursday to move to the top of the leaderboard, McIlroy’s already in good position to make the cut. Woods is five shots back at 68, but in a tie for 10th and also looking good to play on the weekend.