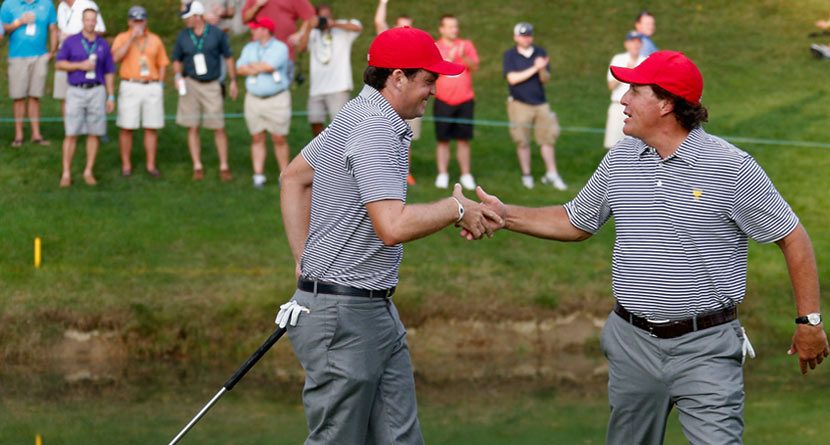 Despite yet another rain delay, The Presidents Cup still gave us many more eventful highlights.  We sifted through Twitter, Instagram, YouTube and more to bring you the best moments from Friday:

He Had A Good Run

Sammy back up tree! pic.twitter.com/XWeCN2Yc01

And Then Sammy Apologized to Tiger

Didnt mean to bug you yesterday @TigerWoods. I told Lindsey it was a bad idea, but, she didnt listen.

@presidentscup now we need to go save the ducks! pic.twitter.com/qA5mnfrawi

They’re At It Again!