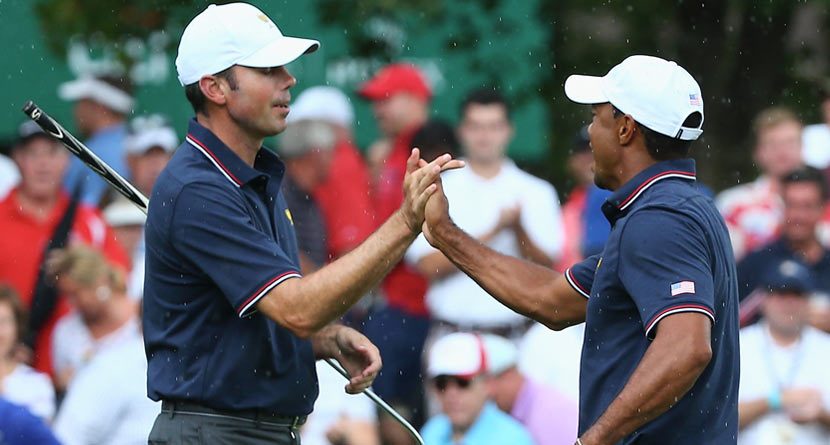 There may have been a rain delay on Day 1 of the Presidents Cup at Muirfield Village in Dublin, Ohio, but there was no lack of funny/interesting/cool moments. We sifted through Twitter, Instagram, YouTube and more to bring you the best moments from Thursday:

We Will Protect This House

Dash Gets Ready for the “Day” Other Hot Links:
– Does It Drive – Mexican Food Madness!
– Lindsey Vonn Makes the Rounds at the Presidents Cup
– Inside Voice with Javier Colon: Week 2
– Dammit Tiger, Curse Away!
– John Daly Hits Ball out of Guy’s Mouth
– Tiger Woods and Nike: A Look Back
– Tiger Woods, Rory McIlroy Set For 1-on-1 Rematch in China
– The Role of Media in Golf