2014 Will Be Make-or-Break for David Duval 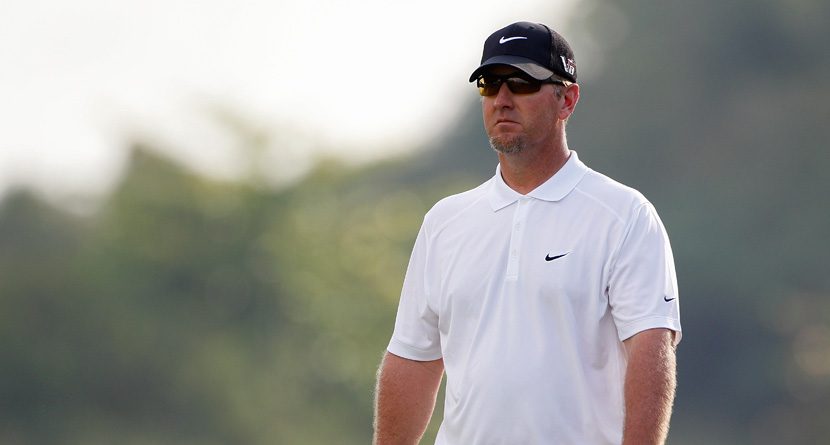 David Duval, the former world No. 1, announced on Twitter this week that if his play doesn’t improve in 2014 then he will, “do something else.”

As a player you need to perform and if I don’t do that in 2014 I will do something else.

Duval, who turned pro in 1995, had his share of success on the PGA Tour. As of late, however, the well has run a dry and Duval has slid to No. 1,528 in the World Golf Rankings. On Wednesday, Duval made clear that he wasn’t announcing his retirement, just laying out his play and expectations for 2014.

Last nights tweets were not a retirement announcement. They were a statement of what I believe. You can only ask for so many chances.

Duval also said via Twitter that 2014 will be the last time he asks for sponsor’s exemptions. He said he weighed his options, including playing in Europe, but cited his “dedication I have to my wife and kids” as the reason for not doing so.

With all that bring said I wish to state without hesitation that 2014 is the last time I will ask for exemptions.

Duval said over two tweets, “The restoration of my golf swing and my hitting has been great. Unfortunately, I have nothing to show for it. I believe 100 percent in what I’m doing.”

Regardless of the outcome for Duval in 2014, the mark he made in the game is undeniable. Duval came around a year before Tiger and ascended to No. 1 in the world. He made sunglasses cool before anyone else even thought about it and he won while doing it. Thirteen times a winner on the PGA Tour, Duval is most remembered for his major victory at the 2001 Open Championship and his final-round 59 to win the Bob Hope Chrysler Classic in 1999.