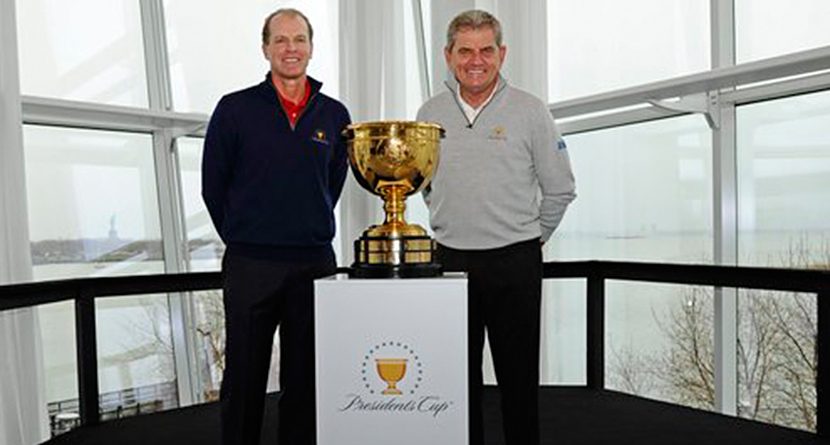 While the Ryder Cup is the international team competition fresh on everyone’s mind, the PGA Tour announced on Tuesday that they had settled on their 2017 Presidents Cup captains, Steve Stricker and Nick Price.

Tournament officials at Liberty National Golf Club, host course of the 2017 Presidents Cup, today announced Nick Price and Steve Stricker as captains of the International and U.S. Teams, respectively, for the 2017 event in Jersey City, New Jersey. Price, two-time captain of the International Team, and a World Golf Hall of Famer, joined Stricker, a first-time captain who is a five-time U.S. Team member and 2015 captains’ assistant. Price and Stricker competed against one another in the 1996 edition of the Presidents Cup.