3 Golfers Who Have Hit The Lottery 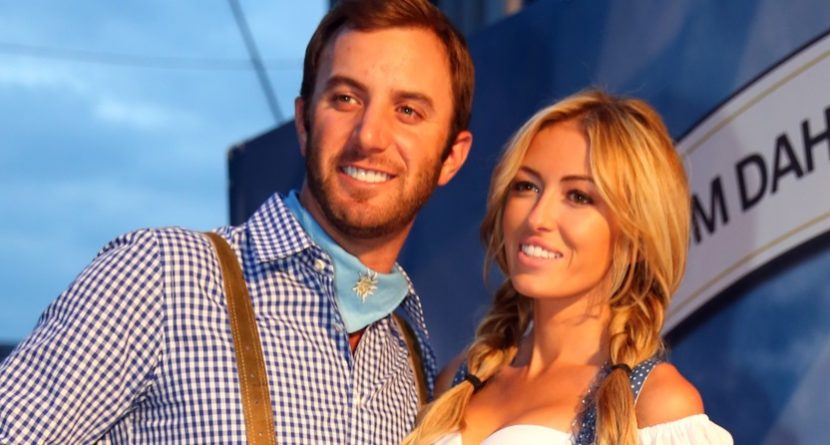 The Powerball lottery reached near-record proportions this week: $448 million. On Thursday, it was revealed that three separate tickets contained the winning numbers – two in New Jersey and one in Minnesota.

After taxes, the three people (or groups, considering one ticket is thought to be shared by 16 co-workers) will split roughly $258 million, leaving about $86 million each. That’ll pay for a lot of golf. If fact, that’s more than a lot of professional golfers – millionaires, many of them – will ever see in their lifetimes.

But pro golfers hitting the lottery isn’t unheard of. Here are three:

Shaun Micheel
Ten years ago at Oak Hill Country Club for the PGA Championship, the 169th-ranked golfer in the world shocked the field when he stuck his 7-iron shot two inches away from the cup on the 18th hole that Sunday. A tap-in birdie secured Micheel the first and only major of his career, and the first and only PGA Tour win. He is now ranked 1,040th in the world, but as a PGA Championship winner, gets to play the event for the rest of his life. He didn’t make the cut this week as the tourney returned to Oak Hill, but he did get to see the plaque on the 18th fairway that commemorates his shot from 10 years ago.

Dustin Johnson
He’s a seven-time PGA Tour winner who seems on the verge of breaking through at a major. It won’t be this week at the PGA Championship because Johnson is too far back after barely making the cut. But he gets to go home to Instagram’s favorite user: Paulina Gretzky. Rory McIlroy
If he would have known his game was going to suffer after signing, McIlroy might not have inked that reported $200 million contract with Nike in January. He was the No. 1 golfer in the world at the time and coming off three victories in his final five events, including the 2012 PGA Championship. It’s a good thing he struck it rich then because had Nike wanted to do the deal after this season, McIlroy would have no victories to boast of.

Other Hot Links:
– Ian Poulter on Garbage Plates & Fashion
– How Fox Sports Can Change The Way We Watch Golf
– Back9 in 90: Rory’s McMansion