3 Reasons To Watch the Solheim Cup 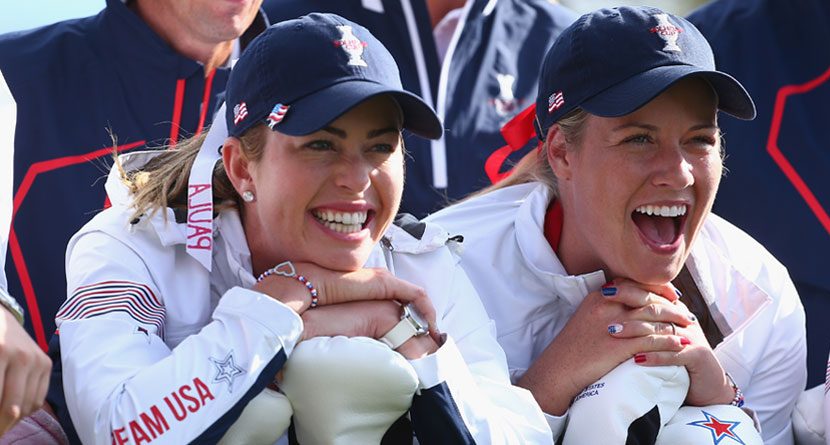 After two weekends of golf majors – the Women’s British Open Aug. 1-4, followed by the PGA Championship this past weekend – the world of golf doesn’t see another one this weekend, but it does feature a significant tournament. The best American and European women are in Parker, Colo., at the Colorado Golf Club for the biennial Solheim Cup, the female version of the Ryder Cup.

Overall, the U.S. has taken care of the Europeans, winning eight of the 12 tournaments, which began in 1990. But Europe is the defending champ. After two rounds of the three-day competition in 2011, things were knotted up at eight. American Cristie Kerr had to withdrawal due to injury on the last day, however, conceding a point, and Europe won 15-13.

So the Americans are out to get back on top. That’s one of three key reasons to watch the Solheim Cup this weekend:

The U.S. wants the cup back
The odds would suggest that they favor the Americans. The 12-woman U.S. roster boasts five players in the world rankings’ top 20, compared to just three for the Europeans; the event is being held on U.S. soil; and Europe has never won the cup in the U.S. – each of its four wins have come east of the Atlantic Ocean. That’s a result of on-course fan support having more impact in team events.

Stacy Lewis
Inbee Park has clearly been the world’s best golfer this year, despite the fact that she failed in her bid to become the first human to obtain four majors in one season. After winning the season’s first three, Park watched American Stacy Lewis claim the Women’s British Open. The victory marked Lewis’ third of the season, firmly solidifying her No. 2 spot in the world. She’ll be the best player in Parker and seeking a bit of personal redemption – she finished just 1-3 in her matches two years ago.

Beatriz Recari
The highest-ranked European at the Solheim Cup will be Norway’s Suzann Pettersen, who’s third in the world. But the best-playing European might be Beatriz Recari of Spain, currently ranked 20th. Two weeks prior to Lewis’ British Open win, Recari took the Marathon Classic, and she also won the Kia Classic in March. Only Park, Lewis and Recari have picked up multiple LPGA wins this year. The 26-year-old Spaniard is making her Solheim Cup debut.

Related Links: Stacy Lewis – Battling to be the Best