3 Stunning Shots From the Weekend 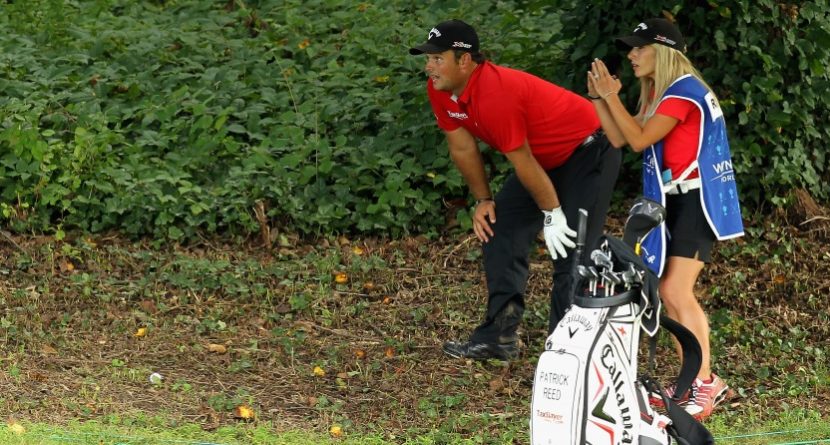 A ton of great golf shots are made every weekend on the professional tours around the world, and this past weekend was no different. But three shots in particular seemed a bit more special. For two shots it was their significance; the third was just odd.

Patrick Reed
The 24-year-old Texan surrendered a three-shot lead over his back nine Sunday at the Wyndham Championship, and he sent his drive on the second playoff hole into the trees. Then came “the best shot of my life,” which led to his first PGA Tour victory.

Anna Nordqvist
As Europe was putting the hurt on the U.S. on Saturday at the Solheim Cup, Sweden’s Nordqvist rubbed salt in the wounds by acing the 17th hole. It marked the first hole-in-one in Solheim Cup history, which dates back to 1990.

Ernie Els
On Friday at the Wyndham, Els lined up to putt from just off the green at the 10th hole, but he aimed nowhere near the pin and tried to run the ball down a slope. But the ball never found the slope, and never found the green. Of course, Els then sank his second putt. It might be the oddest two-putt ever, and even odder considering neither shot was technically a putt because they came from off the green.