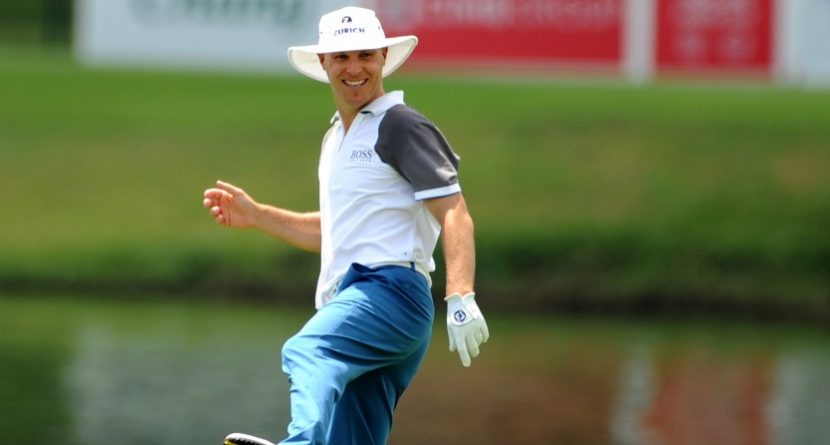 Well, his swell play earned him $1.04 million on Sunday after he held on for a one-shot victory at the FedEx St. Jude Classic, his fifth career PGA Tour win. While it is Crane’s first since October 2011, it didn’t surprise him. Back in the January issue of Golf Magazine, he said, “I am so confident that my best golf is in front of me.”

An ailing back has hampered Crane for much of the past two years, but the 38-year-old is always entertaining. Here are a few highlights from Cameron Morfit’s Q&A with golf’s biggest comedian:

– I’m planning to do the Steve Stricker thing. I’m planning to go to 47, and I’m planning to have the best decade of my career from 37 to 47. I am so confident that my best golf is in front of me — and this is the shooter’s mentality in basketball — that I’m thinking of putting money down on myself in Vegas.

– I’m very serious between the ropes at times, especially when it’s not going well. I can feel like I can’t let myself have a good time. But guys need to pick their chin up a little bit and look around. Dude, you’re on the PGA Tour! You’ve probably dreamed about this since you were a kid. It’s so fun. I don’t care if you just made double; you have the opportunity to look at a kid and throw him a ball and make his day. I try to remember that.

– Well, 2010 and 2005 were my best years, but it’s been a battle with my body. I have a lot more potential now, and I have a bigger team around me. Instead of no one following me, now I’ll have friends who are following me, and sometimes they’ll walk up to a random person and say, “Who are you following?” In a few cases the person has said, “Ben Crane. He’s my favorite player.” And my friend will go, “Why?” And the kid will say, “You don’t know? You don’t know about the videos?” [Laughs] That is so fun right there.

That calls for a list. Here are our five favorite Ben Crane videos: