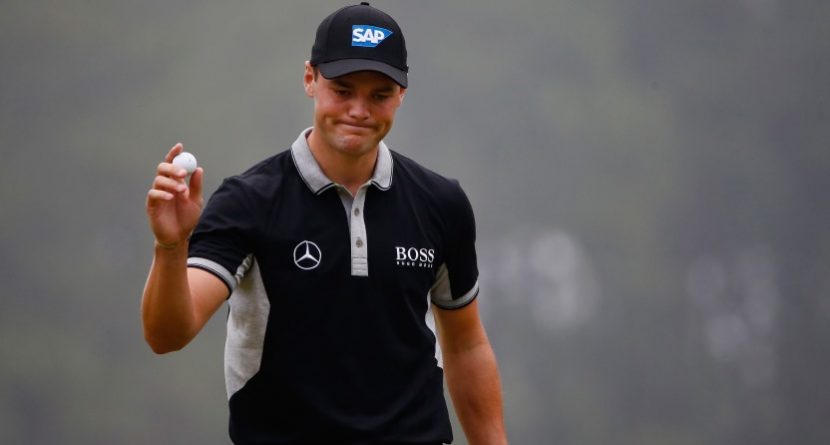 The majors tend to bring out the best in some players and the worst in others. And sometimes, the golfer who was the best at one major is among the worst in the next. No tournament ever fails to offer up surprises.

Through two rounds of the 2014 U.S. Open at Pinehurst No. 2, here are the five biggest surprises, either good or bad:

Martin Kaymer
We knew the 29-year-old German had stellar play in him; he won the Players Championship last month and is a former world No. 1. But if you foresaw Kaymer going 10-under before the weekend, run to the nearest convenience store immediately and purchase as many lottery tickets as possible.  No one predicted anyone going this low through 36 holes. Fran Quinn
Quinn is the 1,557th-ranked golfer in the world and doesn’t have a regular professional tour to play for. He qualified for the U.S. Open through a sectional qualifier, making his fourth career appearance in the major, but first since 1996. That means his son, Owen, wasn’t even born then, but the 15-year-old is carrying Pops’ bag at Pinehurst. And he’ll be carrying it on Father’s Day, because Quinn’s 2-over score through two rounds was plenty good to make the cut. After a 2-under 68 on Thursday, the Quinns carded a 4-over 74 on Friday. Bubba Watson
By virtue of winning the Masters in April, Watson was the only man who could capture the elusive calendar-year grand slam this year. Now, we didn’t really expect him to take the U.S. Open, but we didn’t really expect the world’s No. 3 golfer to go 6-over in the opening round. He improved to even par Friday, but that wasn’t good enough to get under the cut. Hunter Mahan
Mahan was enjoying a pretty good round Friday when he teed off at No. 18, his ninth hole of the day. He was 2-under for the day and 2-over for the tournament. But his caddie mistakenly walked to the wrong ball in the fairway, and Mahan subsequently played the wrong ball on his approach shot. The man whose ball Mahan hit, Jaime Donaldson, realized the mishap on the green. Both players were docked two strokes, and Mahan ultimately missed the cut by one. Kevin Na
In three previous U.S. Open appearances, Na never shot a round under-par. Only in his most recent appearance (2012) had he even made the cut. And he nearly missed qualifying for this year’s Open; it wasn’t until a second-place result two weeks ago that he got inside the world’s top 60 to earn a spot. But he’s making the most of the opportunity. Na carded his first sub-70 U.S. Open round on Thursday (2-under 68) and backed it up with another Friday (1-under 69). He’s seven shots off the lead, but that’s tied for third place.