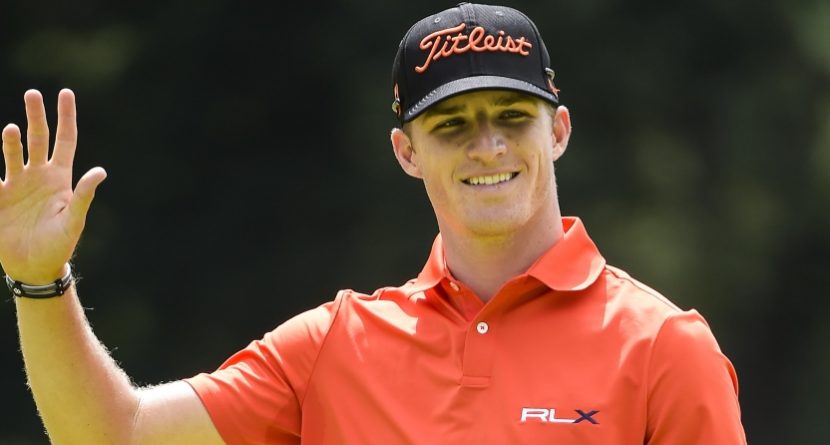 Here are five guys who stunned us by getting into the Tour Championship, and five more who shocked us by failing to grab a spot:

MAKES
Billy Horschel – Considering he finished 16th in the final FedExCup standings in 2013, that Horschel made it back to the Tour Championship isn’t a surprise. But he enjoyed a much better season last year – until these past two weeks, of course. After not recording a top-five result all season, Horschel placed T-2 at the Deutsche Bank Championship, then won the BMW Championship for his second career PGA Tour victory.

Morgan Hoffmann – He barely snuck into the 125-man playoffs, finishing the regular season at No. 124. But Hoffmann’s now up to 21st, courtesy of a T-9 result at The Barclays, T-35 at the Deutsche Bank, and solo-third at the BMW (where he was 4-over entering the weekend, then posted a 62 and 63). The 101st-ranked player in the world recorded only two top-10 finishes all season and both came in the playoffs.

Geoff Ogilvy – The Aussie was playing so poorly a month ago that he didn’t even want to show up for the Barracuda Championship. But friends convinced Ogilvy to play, and he then won the tournament. That helped him get into the playoffs at No. 90, but a missed cut at The Barclays dropped him to 100th, the last man into the Deutsche Bank. No matter. He tied for second there to book a spot at the BMW, where he finished T-36. Ogilvy is 25th in the FedExCup standings entering the Tour Championship.

Hunter Mahan – Maybe it’s not surprising to find Mahan in the final 30 because he’s now the only golfer to be in that final field all eight years of the FedExCup playoffs. But his chances of making it to East Lake were not good as he entered the playoffs at No. 62 and really hadn’t played that well since March. But the best way to assure yourself a spot in the Tour Championship is to win one of the first three playoff events, and Mahan did just that by taking The Barclays.

Dustin Johnson – He hasn’t even played since the end of July at the RBC Canadian Open, after which Johnson took a leave of absence to deal with personal issues, but he’s still ranked in the top 30. In fact, he is No. 30, the last man with a spot in the Tour Championship – but he won’t be taking it. So it will just be a 29-man field at East Lake, a crushing blow to Stuart Appleby, who’s ranked 31st. Why the PGA Tour won’t allow Appleby to take Johnson’s place we don’t understand, but Appleby missed out by one stroke. He’s 14 points behind Johnson, and Appleby could’ve earned 18 more had he finished +2 instead of +3 at the BMW Championship.

MISSES
Henrik Stenson – The defending FedExCup champion is ranked No. 4 in world, but Stenson finished 52nd in the FedExCup standings after playing only 15 PGA Tour events this season. He won two of the four playoff events last year to collect the $10 million bonus.

Phil Mickelson – The 44-year-old made it well-known that he wasn’t fond of playing four weeks in a row for the playoffs, but Mickelson won’t have to worry about that after withdrawing from the BMW following a 6-over score through two rounds. After finishing ninth in last year’s FedExCup playoffs, Mickelson takes 68th place this year.

Keegan Bradley – This wasn’t the best of seasons for Bradley, but he was still ranked 23rd entering the playoffs, and he sat at 28th prior to the BMW Championship. Yet, his season abruptly ended Saturday when he withdrew from the tournament, citing a possible rules violation in his first round. Thus, Bradley earned zero points and dropped to 33rd in the standings.

Graham DeLaet – The Canadian finished eighth in final FedExCup standings last year and seemed poised for a big year in 2014. Yet, that never really happened, and despite seven top-10 finishes this season, DeLaet also missed six cuts and withdrew from the WGC-Bridgestone Invitational. His up-and-down season left him at 37th in the FedExCup standings following an 11th place at the BMW, despite starting the playoffs ranked 28th.

Brandt Snedeker – He won the FedExCup in 2012, and last year finished 12th after entering the playoffs at No. 3. But each of those two seasons saw Snedeker win twice on tour; he never placed better than fifth in 2014. Though he made the playoffs, he missed the cut at the first two stops and finished 86th overall.