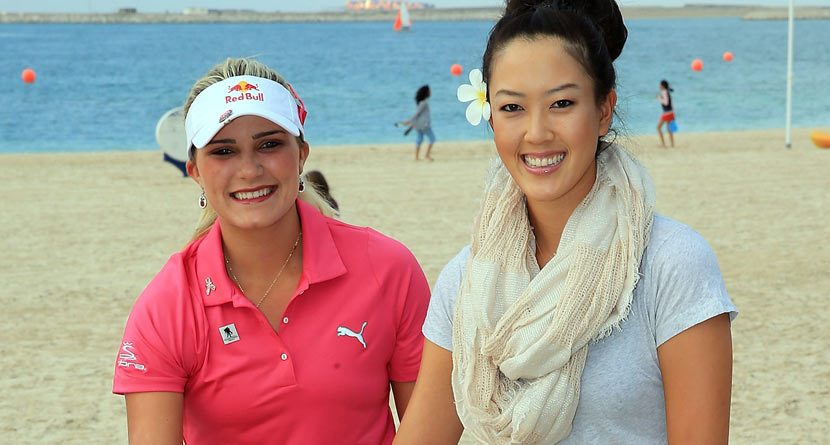 With the U.S. Women’s Open this week at Sebonack Golf Club in Southampton, N.Y., here’s a list of five female golfers who could really use a major victory. Since turning professional in 2005, Wie has earned just two victories on Tour. She was forced to juggle playing golf and being a student at Stanford University from 2007-2012, so she’s got somewhat of a pass. Still, Wie has one second-place finish and three third-place results in the majors. Those four performances happened in 2005 and 2006. She finished ninth at the LPGA Championship earlier this month.

Han Hee-Won
Han turned professional in 1998 and has earned almost $7 million on the LPGA Tour, which she joined in 2001. Her number of wins doesn’t quite match up with her career earnings, however, as she’s won just eight tournaments as a professional — six on the LPGA Tour and two on the LPGA of Japan Tour. Han has two top-10 finishes in majors, including a third-place result at the 2009 British Open.

Sophie Gustafson
Gustafson has 29 career victories — five on the LPGA Tour, 14 on the Ladies European Tour, plus 10 others — but neither of those is a major. The Swede has been close, finishing second in the British Open twice and third once. At 27, Gustafson obviously has plenty of golfing years left in her, but winning a major soon would be nice. She’s 18 years old and has only been an official member of the LPGA Tour since 2012, but Thompson’s career seems to be going up. She’s got two top-10s this season and at the LPGA Championship, Thompson finished 4-over par and tied for 28th. At the 2010 U.S. Open as a 16-year-old, she tied for 10th. We’re not sure if Thompson will play to a major victory in 2013, but we think it will be soon.

Ai Miyazato
For the purposes of this list, Miyazato is the queen of players without a major. The Japanese native has 25 career victories — nine on the LPGA Tour, two on the Ladies European Tour, 15 on the LPGA of Japan Tour, and one other title — but zero majors. Her majors resume, however, is littered with top-5s and top-10s. She’s twice finished third at the LPGA Championship, for example, while her British Open results include two top-5s and two top-10s. Ai: If you’re reading this, we’ll root for you this weekend.