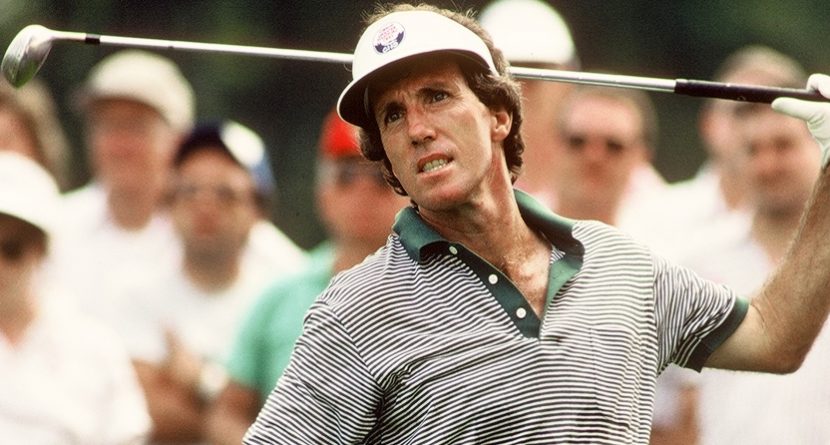 With the Travelers Championship teeing off this week just outside of Hartford, Conn., it continues one of the longest running events on the PGA Tour. Here’s a look back at five of the more memorable moments from a tournament long known as the Greater Hartford Open:

Palmer’s victory in the Insurance City Open was his first in the United States. He earned it with a birdie 4 at the par-5 second playoff hole. The story goes that Palmer used a putter that had belonged to his opponent, Ted Kroll. They both finished at 274, but Palmer gained the first prize of $4,000 when Kroll missed a 10-foot putt. Kroll had won the first annual Insurance City Open at Wethersfield, on Aug. 31, 1952. The period in which the Harford Open’s story began to develop was an age of great growth for golf.  It was the beginning of Palmer’s reign, his Arnie’s Army and the Big Three. Palmer, who won again in 1960, returned to Hartford in 2002 to celebrate 50 years of the PGA Tour visiting the state. At age 42, Billy Casper captured the Sammy Davis Jr. Greater Hartford Open by one stroke. It was the fourth victory for Casper in Connecticut with a 264 total, an extraordinary 20-under-par score at Wethersfield. The final round was interrupted by a “violent thunderstorm which left the 6,588-yard course steaming in the muggy weather,” as the Associated Press reported. When the final round resumed on Monday, Casper was one of 10 men who led or shared the lead. He birdied two of the final three holes to pull away from Australian Brice Devlin, who finished alone in second with 265. Casper also won in in 1963, ’65 and ’68. Mac O’Grady, one of the most controversial PGA Tour players in the 1980s, closed with a course-record 62 and beat Roger Maltbie in a one-hole playoff in 1986. Before the tournament, O’Grady had a dispute with PGA Tour Commissioner Deane Beman. O’Grady allegedly scolded a tournament worker at the 1984 USF&G Classic. He was penalized with a six-week suspension and a $5,000 fine. The penalties were on hold, pending an appeal, which allowed O’Grady to play in Hartford. The championship moved from Wethersfield Country Club to TPC River Highlands in 1984. Paul Azinger, who lost a four-stroke lead on the back nine, sank a 45-foot chip shot from the rough for a tie-breaking birdie on the 18th hole. Azinger beat Wayne Levi by just one stroke. He had a 6-under 65 for the final round and finished at 267, 17 under par, setting a new record for the TPC course in Cromwell. Kenny Perry set a new 72-hole record with 258 in 2009. Wadkins birdied five of the first seven holes on the way to a 65 (5 under par), and watched contenders Raymond Floyd, Tom Kite and Ben Crenshaw crumble as he captured the Greater Hartford Open. His 274 (6 under) was the highest winning score ever at the Greater Hartford Open and the second highest on the PGA Tour that year. Wadkins, who had always played great in the wind, knew he had a chance when winds of 10-15 mph started blowing early. Wadkins said, “If it had been dead calm today, I’d not have a chance. I’d have needed a 62 or 63.”