5 More Things you Need to Know about Inbee Park 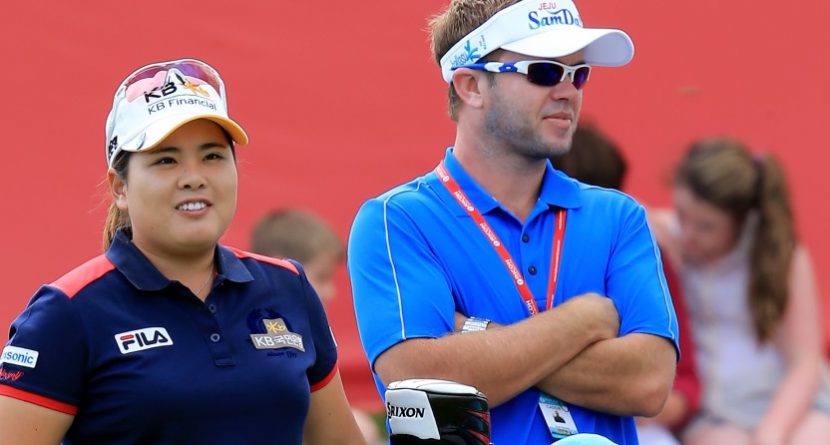 You may have heard: Inbee Park is shooting for a fourth straight major golf championship this weekend in the Women’s British Open at St. Andrews. Or actually, you may not have heard – because not nearly enough is being written about the best golfer currently walking our planet.

So here comes our second edition of “5 Things you Need to Know” regarding Park, whom we first highlighted a month ago, right after the then-24-year-old (she turned 25 on July 12) went 8-under-par to claim the U.S. Women’s Open:

1) She’s found the right man
After becoming the youngest winner of the U.S. Women’s Open in 2008, Park endured a stretch of nearly five years without another major. She returned to Asia and regained confidence by winning over there, but her rise to the top of the world rankings began in 2011, the same year she became engaged to Gi Hyeob Nam, a former Korean Tour player who is also her swing coach. Nam began traveling with Park in 2012, and success soon followed. “I really started playing well since I started traveling with him, and he has been a big help on my swing and mentally and everything,” Park told Golf World magazine.

2) She’s found the right caddie
Park has remained with the same caddie since September 2007. That means Bradley Beecher, an Australian, has had the best view of Park’s quick rise, subsequent fall, and lengthy climb back to the top. The comfort level between the two has a lot to do with her achievements, but Beecher says the strongest part of her game is the one he has nothing to do with: putting. Park is tops in the LPGA in putting average, with just 28.52 per round.

3) Butch may have a hand in this British Open too
Phil Mickelson won the men’s Open Championship a couple weeks ago, and on hand to witness was Butch Harmon. That coach was a big reason why Park and her mother, Sung Kim, transplanted to Las Vegas when the youngster was 15. Park and her mother moved to the U.S. in 2000 so Park could improve her golf game and still get an education, and they initially chose Florida so they could work with a Korean coach based there. But after three years, they moved to the desert to work with Harmon, who at the time was also tutoring Tiger Woods.

4) She’s kept her parents bottled up
Park’s parents are successful business owners. Her father, Gun Gyu, runs a bottle-labeling company, Uwrapco, which has been in the family more than 40 years. And Kim oversees KIB, a bottling company in which Park has invested more than $2 million. KIB stands for Kim and Inbee.

5) She’s comfortable with the Americans
Because she moved to the States and learned English at a young age, Park is more comfortable on the LPGA Tour than many of her South Korean counterparts who came over in their 20’s. But Park is also more at ease with her competitors because she’s known many of them for a decade. While competing on the American Junior Golf Association tour (on which Park won nine events and was a five-time All-American), she formed friendships with elite Americans such as Paula Creamer (No. 11 in the world), Brittany Lincicome (37) and Morgan Pressel (51).

Other Hot Links:
– Back9 in 90: Firestone Favs & Weird Beards
– Jobs Alex Rodriguez Can Do After Baseball
– Stars Who Have Bounced Back From Scandal