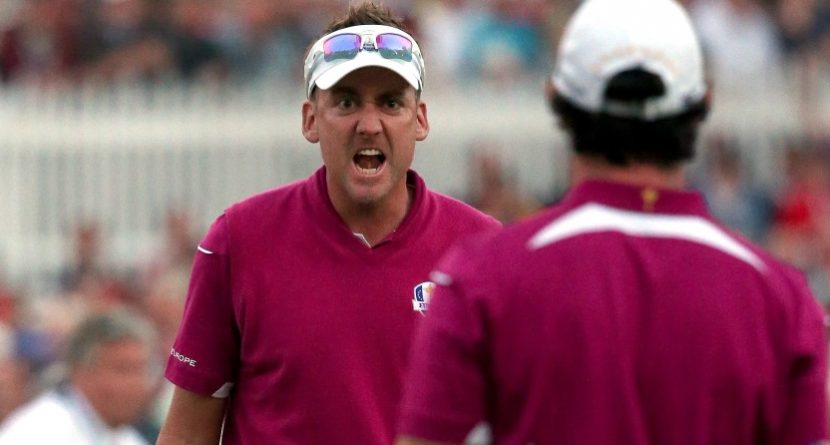 When the best golfers from Europe and the United States tee it up next week for the 2014 Ryder Cup at Gleneagles in Perthshire, Scotland, the home favorites will do so knowing they haven’t lost in front of their fans since 1993. And they’ve beaten their American brethren seven of the past nine meetings, despite the U.S. typically boasting more star power.

Furthermore, this year’s European Ryder Cup squad boasts four of the top six players in the world rankings, while the U.S. owns just one. Among that foursome is world No. 1 Rory McIlroy, who’s the hottest player in the world not named Billy Horschel. And Horschel won’t be at Gleneagles.

McIlroy is one of five players the Europeans need to play well to defend their Ryder Cup:

Rory McIlroy: His sheer presence alone these days is enough to intimidate opponents in head-to-head match play – not that anyone will admit to that. But playing against McIlroy always brings added media attention and more fans in the gallery following his group, so if he earns a few points with his partner on Friday and Saturday, chalk up another point for him in Sunday singles. You better believe McIlroy wants the Ryder Cup to cap a dominant summer.

Ian Poulter: Much like Keegan Bradley was picked for the U.S. squad because of his passion, so too was Poulter invited onto the Euro side. But Poulter also has a ton of experience to back up his selection. He’s 12-3 overall, and he’s 4-0 in singles. He was undefeated in four matches in 2012, and he’s never lost more than one match in any of his four appearances. No American wants to see his name called to face Poults.

Lee Westwood: He holds the worst world ranking of anyone who will play at Gleneagles (No. 41), but Westy has been on the squad every time since 1997. So while he may not have his form this year, he does have experience, and only four Europeans have ever earned more points for their side than Westwood (21 points from 37 matches). He’s proven he can play with a ton of different partners — and win.

Henrik Stenson: The Swede hasn’t made the squad since 2008, when he went 1-2-1. Stenson was 1-1-1 in ’06, so the world No. 4 doesn’t boast a stellar Ryder Cup record. But the Euros need him to find his game in Gleneagles, because if he’s sticking shots and showing off that scowl, you don’t want to mess with Stenson.

Victor Dubuisson: The Euros have a lot of veterans with a lot of experience, but they’re going to need some help from the youngsters. The older guys probably don’t know the shy Dubuisson very well, but they’re going to need the Ryder Cup rookie to display some of the golf that helped him take second at the WGC-Accenture Match Play Championship. Dubuisson took out Ryder Cuppers Graeme McDowell and Bubba Watson before losing to Australia’s Jason Day in the final.