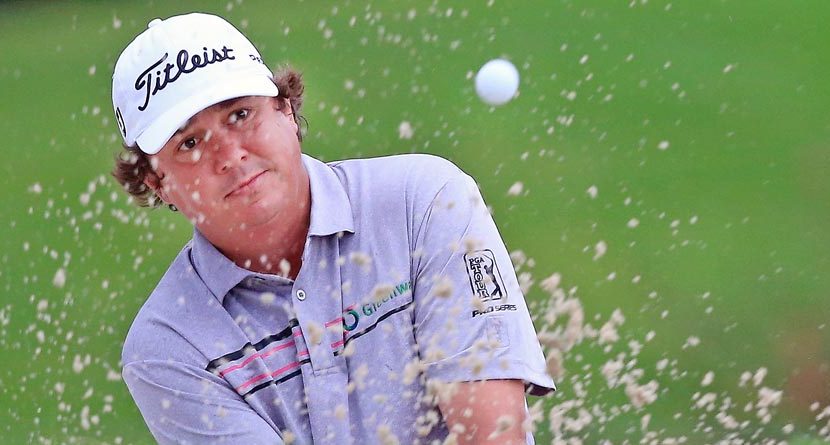 For the third consecutive week, “par” will be a good friend of players on the PGA Tour.

The Copperhead Course at the Innisbrook Resort in Palm Harbor, Fla., plays host to this week’s Valspar Championship. The Copperhead is the type of course that requires a player’s full attention on each and every shot. And if you’re looking for drama, there should be plenty on the closing three holes, affectionately known as the Snake Pit.

Kevin Streelman is the defending champ at Innisbrook. Who will come out on top this week?

Here are five players I think you should watch.

5. Jim Furyk
Best finish in 2013-14 season: T5 at the WGC-Accenture Match Play Championship
Reason to watch: Furyk is pretty much always a contender at Innisbrook. He won the event in 2010 and lost in a playoff in 2012. He also tied for seventh a year ago. The course certainly fits his eye. Plus, while not spectacular thus far in the new season, Furyk has been consistently solid. He hasn’t missed a cut since the Open Championship last July. That consistency, along with his track record at the Copperhead Course, will have Furyk in the mix once again at Innisbrook.

4. Luke Donald
Best finish in 2013-14 season: T8 at the Honda Classic
Reason to watch: His worst finish in three starts at Innisbrook is a tie for sixth. Donald also won the tournament in 2012. When you think of “horses for courses” no two players fit the bill better at Innisbrook that Donald and Furyk. It’s truly a course you need to think your way around.

3. Matt Kuchar
Best finish in 2013-14 season: T6 Hyundai Tournament of Champions
Reason to watch: Routinely one of the best players on Tour, this season has been no exception for Kuchar. He’s racked up four top-10 finishes in six starts. Aside from a missed cut in the Northern Trust Open, Kuchar’s worst finish this season is a tie for 13th last week at Doral. His last four starts at Innisbrook have yielded no worse than a tie for 14th.

2. Webb Simpson
Best finish in 2013-14 season: Won the Shriners Hospitals for Children Open
Reason to watch: Simpson couldn’t have started the 2013-14 season any better, winning in his very first start in Las Vegas. In eight starts, including the win, Simpson has collected five top-5 finishes and hasn’t missed a single cut. Since 2010, Simpson’s worst finish at Innisbrook is a tie for 17th last year. His best finish was runner-up in 2011. He excels on difficult courses (see his U.S. Open win at Olympic Club in 2012) and that’s precisely what Innisbrook’s Copperhead course is.

1. Jason Dufner
Best finish in 2013-14 season: Fifth at the Hyundai Tournament of Champions
Reason to watch: The 2013 PGA Champion has yet to miss a cut on the PGA Tour since that major victory last August. He enters this week on the strength of two top-10 finishes in his last two starts (T9 at both the WGC-Accenture Match Play Championship and the WGC-Cadillac Championship). It just feels like he’s on the verge of something big… again.

Other Hot Links:
– Tiger Woods’ Intimidation Factor: Real or Imagined?
– Entrepreneur Sheila Johnson Scores Big On and Off the Course
– Players Hope to Not Get Snake Bit in ‘Snake Pit’
– This 92-Year-Old Woman is Your New Golfing Idol
– Tiger Woods’ Masters Plan