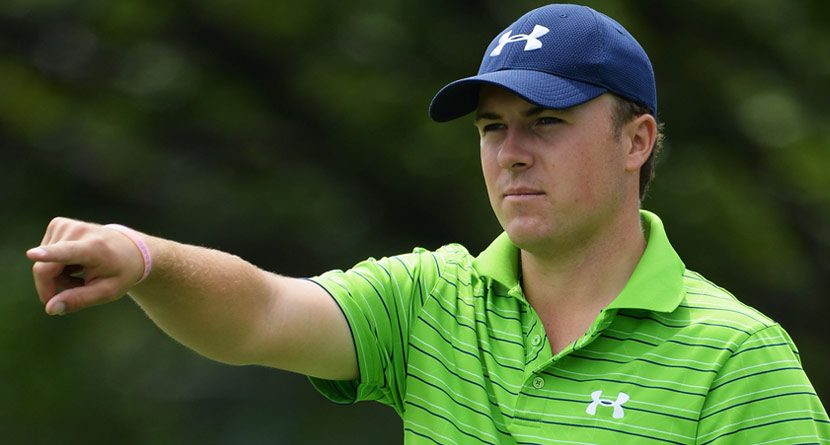 Now that U.S. Presidents Cup captain Fred Couples has made his two picks, here are five reasons why Jordan Spieth deserves the spot on the American team.

Related Link: 5 Things You Need to Know About Jordan Spieth

Fred Couples obviously knows the unofficial rules of General Sports Fandom. Rule No. 1 is that anyone named “Jordan” automatically needs to be picked for any team in the history of the universe. Couples got a hole-in-one on this, likely because Michael Jordan has been a staple at the Ryder Cup over the past decade, many times alongside Freddy on the American team sideline. In addition to having the greatest name in sports, Spieth is also killing it on the golf course. He is currently ranked third in the PGA Tour’s All-Around Ranking – just behind Tiger Woods and Steve Stricker – which is computed by looking at a player’s ranking in Scoring, Putting, Eagles, Birdies, Sand Saves, Greens in Regulation, Driving Distance, Driving Accuracy, Grass Cutting Proficiency and Short Poem Writing.

3) Spieth Already Has a Win on Tour

This is old news by now, but remember when Spieth won the John Deere Classic over the heavily-favored Steve Stricker earlier this season? Fred Couples certainly remembered, and now Jordan is on his team. Booyah!

Sure, he’s only 20-years old, but Jordan Spieth is exactly the type of player the American team needs on their squad. Remember the hoopla and excitement Keegan Bradley brought to last year’s Ryder Cup debacle at Medinah? Spieth’s involvement will be 1,000 times cooler.

Well, Lefty at least likes Spieth’s company enough to invite him to play in Mickelson’s weekly money game. This is apparently a huge honor for a young player, which Mickelson has been coordinating for more than 20 years. If Mickelson likes a guy, you know he’s a stand up player.

Other Hot Links:
– Back9 in 90: Taking His Talents To TV
– Sergio Garcia Gracious in Defeat
– 5 Things You Need to Know About Henrik Stenson