5 Things To Know About Brooks Koepka 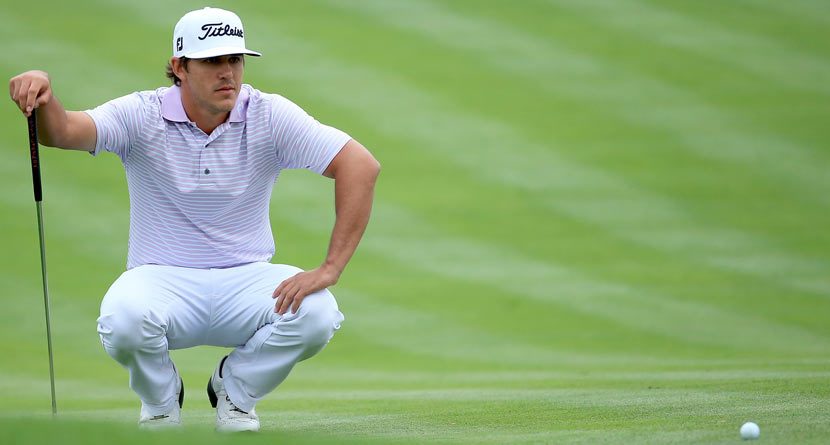 Brooks Koepka won his first PGA Tour event Sunday, outlasting Bubba Watson, Ryan Palmer and Hideki Matsuyama at the Waste Management Phoenix Open. In doing so, he moved himself closer to the top of the world rankings, which is where many have predicted he’d ascend to after his torrid career start on the Challenge and European tours.

The win and subsequent rise changed everything for the budding talent. With the cameras likely to soon be on Koepka more and more, here are 5 things to know about the 24-year-old rising star:

He Traveled 53,000 Miles Last Year
Fortunately, Koepka can be a bit more selective with his schedule now that he’s got full status on the PGA Tour. Last year alone, Koepka traveled more than 53,000 miles while satisfying duties on the European and PGA Tours in hopes of making it big. It appears all that travel and time in the air has paid off.

He’s Got a Brother Who Could Also Be Great
Just 24, Brooks has a brother Chase, who’s currently one of the top collegiate golfers in the U.S. Chase, a junior at the University of South Florida, won his second career collegiate event this past fall after returning from an injury.

He Went The Unconventional Route For His Card
Rather than go to Q-school or try to obtain his PGA Tour card through the Web.com Tour, Koepka went to Europe when he turned professional and competed on the Challenge Tour. He won his first event — the Challenge de Catalunya — in 2012 and won three times in 2013 before winning the Turkish Airlines Open last fall.

He’s One Of Florida State’s Best Players Ever
Koepka went to Florida State and is among the top performers in Seminoles’ history. He was a three-time All-American and holds the school record for lowest career stroke average and lowest single season stroke average. He won three times and was a consistent player throughout his career.

He’s a Huge Manchester United Fan
While his brother Chase is a fan of Everton, Brooks likes Man U. He tweets about the club frequently and recently visited for a game: