5 Things We Learned From The McGladrey Classic 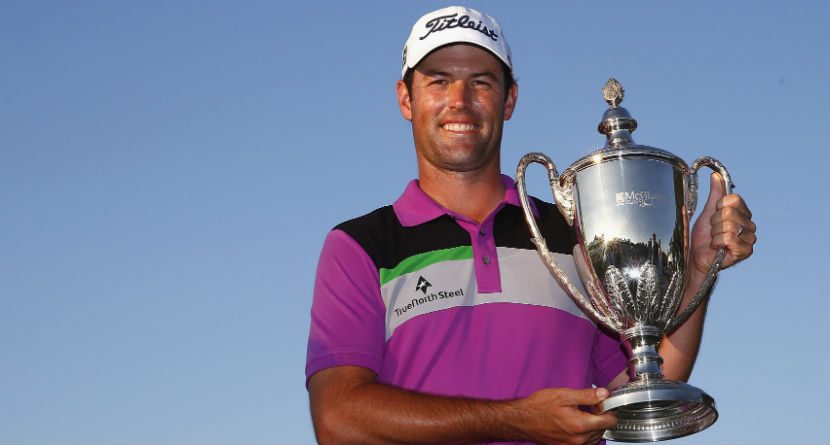 Three weeks into the 2014-2015 PGA Tour season and we had our first playoff. Free golf!

Robert Streb torched Sea Island’s Seaside Course with a final-round 7-under 63, which included nine birdies. He came out of nowhere relative to the Saturday night leaders so much that he had to wait nearly two hours after finishing his round to get back on the course for the playoff, in which he defeated Will MacKenzie and Brendon De Jonge.

With the season’s third event complete, here’s what we learned from the McGladrey’s Classic:

All It Takes Is A Good Sunday
Despite some decent play in the event’s first three rounds, Streb was a virtual leftover, heading into Sunday’s final round at Sea Island five shots off the lead. But the second-year PGA Tour pro caught fire with nine birdies, proving that heading into Sunday, anyone can win out on tour. At the end of the day, he had recorded 10 birdies and scored one big win.

How @therealstrebber finished the @McGladreyClssc… 63 is a new career low for the 27-year-old. #PGATOUR pic.twitter.com/eas9zLCBOv

Will MacKenzie Is Ready For The Next Step
MacKenzie turned in a solid runner-up performance and hopes to build on it — and the career-best year he had last season on tour. MacKenzie earned $1.8 million last year with five top-10s and a runner-up finish. He’s won twice on tour, taking victories in 2006 and 2008 but seems poised to contend week in and week out this year.

After his first bogey of the day at No. 16, Will MacKenzie flagged his tee shot at 17 and made 2. Birdie at 18 wins. pic.twitter.com/AuqxIrhhVS

Chris Kirk Picks Up Where He Left Off
Following a breakout season in 2013-2014, which incidentally started with his first win at Sea Island, Kirk jumped into his 2014-2015 schedule right where he left off. You’ll remember that Kirk, who won the Deutsche Bank Championship, finished second behind Billy Horschel in the final FedExCup standings. At the McGladrey Classic, Kirk tied for fourth with four rounds in the 60s.

Aces Are, In Fact, Wild This Year
Following the Frys.com Open, we mentioned in this space the two impressive holes-in-one recorded during the event. There was another memorable ace this week as MacKenzie recorded one of his own at Sea Island and it looks like he had absolutely no idea it went in.

Robert Streb Will Now Play In His First Major
Just in his second year on tour, Streb earned his first career win Sunday at Sea Island. In doing so, not only did he punch a ticket to his first Masters tournament but it’ll also be his first major.