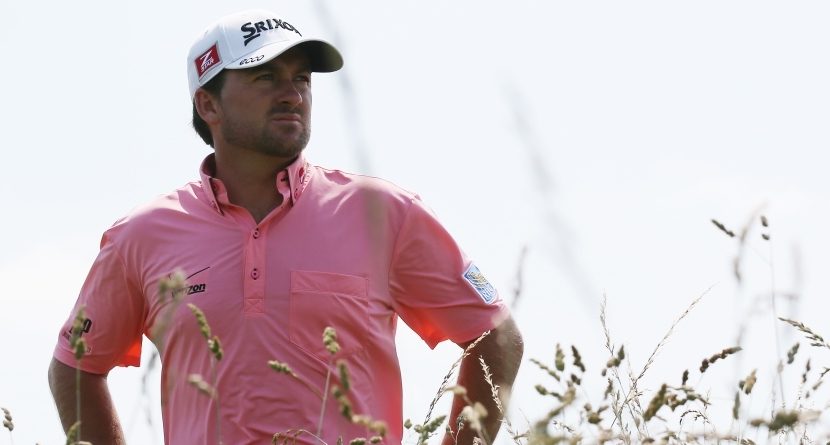 Related Links: 5 Things You Need to Know about Jonas Blixt | Photos of the Week

You are forgiven. Professional golf may not have been at the forefront over your long Fourth of July weekend. To help you catch up, here are five things you may have missed:

Blixt strikes from nowhere
Jonas Blixt, the 29-year-old from Sweden, racked up 21 birdies over four rounds to win the Greenbrier Classic, his second career PGA Tour victory. Sunday’s final round featured a three-hour, 10-minute weather delay, but it didn’t seem to faze Blixt. Maybe that’s because his surname means “lightning” in Swedish.

PGA players can pick up pace when needed
Much has been made this season about slow play on the PGA Tour, so much so that the USGA built a “While We’re Young” ad campaign around the touchy topic. Well, we may have figured out the solution: Push tee times back past 5 p.m. and tell the players to finish before dark. That was the case for the Greenbrier’s final pair, Johnson Wagner and Jimmy Walker, who tore through their 18 holes in three hours and 38 minutes. Wagner, the 54-hole leader, voiced his displeasure afterward, yet he stopped short of saying that had anything to do with the three back-nine bogeys that cost him the tournament.

Wagner’s mustache gone again
Wagner first showed off his Tom Selleck/Magnum P.I. look early last year, and the mustache was given due credit for his victory at the Sony Open in Hawaii. It was gone by the end of August, though, the victim of nine missed cuts. The ‘stache made a comeback this year, only to be shaven at the behest of Wagner’s wife prior to the Greenbrier. Wagner then went out and played his best golf of the year, tying for second after seven straight cuts or withdrawals. Daly done for the year
John Daly was one of the players to watch on Thursday, our country’s birthday. But not because of his play; because of his pants. Sadly, that was the last we’ll see of Daly and his showy slacks this season. He withdrew from the Greenbrier after three holes Friday due to an elbow injury that he says needs surgery.

Surgery on elbow next week out for 3-4 months #canthandlepainanymore

McDowell is still a winner
Graeme McDowell slid into sixth in the world rankings Monday, but not because of his play in the U.S. The Northern Irishman collected the French Open title Sunday, his second European Tour win of 2013, to go with one victory on the PGA Tour, the RBC Heritage in April. Hopefully that bodes well for him at the upcoming British Open, because McDowell missed the cut at the two majors so far this year in America.