5 Things You Need to Know About Henrik Stenson 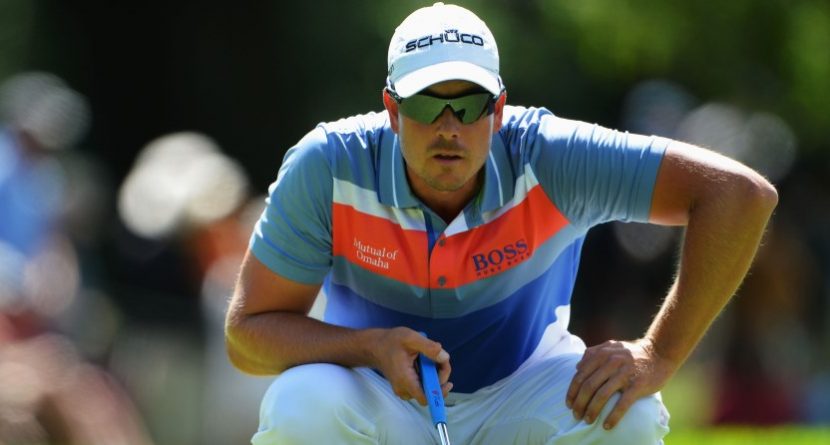 With a wire-to-wire win Sunday at the Tour Championship, Henrik Stenson collected the biggest victory of his career, and the biggest payout. He earned $1.4 million for the tournament win, and $10 million for also taking the FedExCup.

That firmly plants the Swede back among the golf world’s elite. He’s been here before – and he’s been far from it too. Hopefully this ride he’s on is more of a plateau than a peak. He’s been the best golfer in the world the past three months, as he placed second at the Open Championship and WGC-Bridgestone Invitational, and third at the PGA Championship before winning the Deutsche Bank and Tour Championships.

Understanding where Stenson has been in his golf career is just one of five things you need to know about the 37-year-old:

After turning professional late in 1998, Stenson earned his European Tour card in 2000 and by October 2001, he reached No. 73 in the world rankings. But less than two years later, he bottomed out at No. 621. That sharp decline might have led many golfers to quit, but not Stenson; by the end of 2005, he was ranked 32nd. He moved up to No. 12 by the end of 2006, and following his first career PGA win – the World Golf Championships-Accenture Match Play Championship in 2007 – Stenson moved to No. 5. He hovered in the top 20 the next two years, and then peaked at No. 4 in the world rankings after winning the 2009 Players Championship.

Not only did Stenson win the $10 million FedExCup, which is the PGA Tour’s season-long points race, he also leads the European Tour’s Race to Dubai. The Dubai World Championship (Nov. 14-17) marks the Euro season’s end, and the winner of that season-long race collects $1.5 million. Through 13 European Tour starts, Stenson has earned 2,118,961 Euros (about $2.8 million) this year. In 18 PGA Tour events, he’s racked up $6,388,230 in earnings, which doesn’t include that FedExCup bonus (some events, like the majors and WGC tournaments, count on both tours).

Dubai is a special place for Stenson, as that’s where he and his wife, Emma, got married in December 2006. Their two children, Lisa and Karl, were also born in Dubai, as the family lived there until early 2012, when it moved to Orlando. Stenson met Emma while she was golfing at the University of South Carolina, where he often practiced with the men’s team. Emma was also a competitive skier, and the Stenson family often skis together. Henrik owns a red snowmobile that he named Stalin.

4) He’s not afraid to strip

Prior to Stenson’s Players title, he may have been most famous for a shot he took from the mud at the 2009 World Golf Championships-CA Championship. His ball found trouble on the par-4 third hole in the first round, and instead of taking a drop, he opted to play the ball as it lied. But he didn’t want to get dirty, so he took off everything but his underwear and golf glove.

5) He’s from the newspaper business

Born in Gothenburg, Sweden, Stenson’s first job was delivering newspapers. He is the son of Mona and Ingemar, and his sister, Ulrika, is 10 years younger. No one in his family played golf, but Stenson got hooked when a friend took him to a driving range. His father eventually picked up the game because he grew tired of waiting for Henrik in the parking lot.