5 Things You Need to Know About Inbee Park 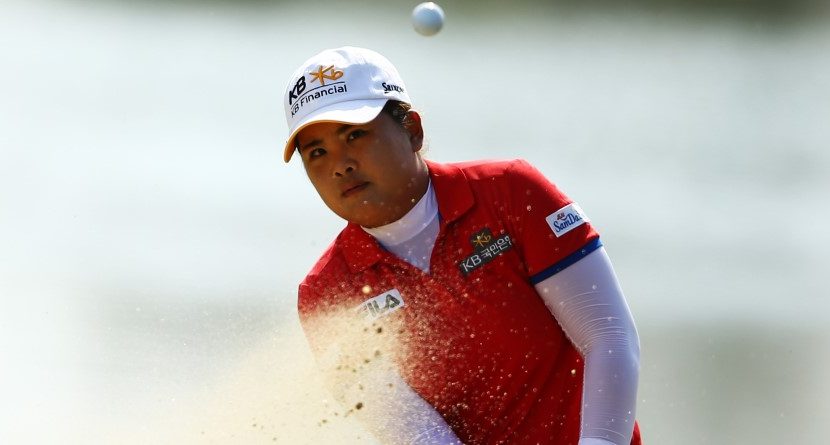 You already know South Korea’s Inbee Park is the most dominant golfer on the planet right now.

What did I just do today? Its amazing.. thanks to all the people @usopengolf and the fans!!

Yet here are five things you may not know about the 24-year-old:

1) She now owns four majors in her career, putting her nearly a third of the way to Patty Berg’s record of 15. Park’s first major – the 2008 U.S. Women’s Open – was also her first LPGA win, and she did so at age 19, making her the youngest player to win that event.

3) The first concert Park ever attended was for South Korean pop singer Psy, who created worldwide buzz in 2012 with his single “Gangnam Style.” Oh, what we wouldn’t give for the reserved Park to do a little Gangnam Style after one of her victories. She should ask James Hahn for lessons:

4) Park went to Las Vegas’ Bishop Gorman High, the alma mater of UFC President Dana White. After graduating, she asked for a special exemption to join the LPGA Tour at 17, but was denied. So Park enrolled at UNLV, then quickly dropped out in early 2006 once the Futures Tour (the LPGA developmental tour) lowered its minimum age to 17.

5) Born in Seoul in 1988, Park moved to the U.S. as a teenager after picking up the game of golf at age 10. When she’s not playing golf, she enjoys skiing and playing the piano. She’s engaged to Gi Hyeob Nam, a former Korean Tour player who is also her swing coach.

Related Links: Photos of the Week | LPGA Tour Looks to Inspire Next Generation