5 Things You Need to Know about Jonas Blixt 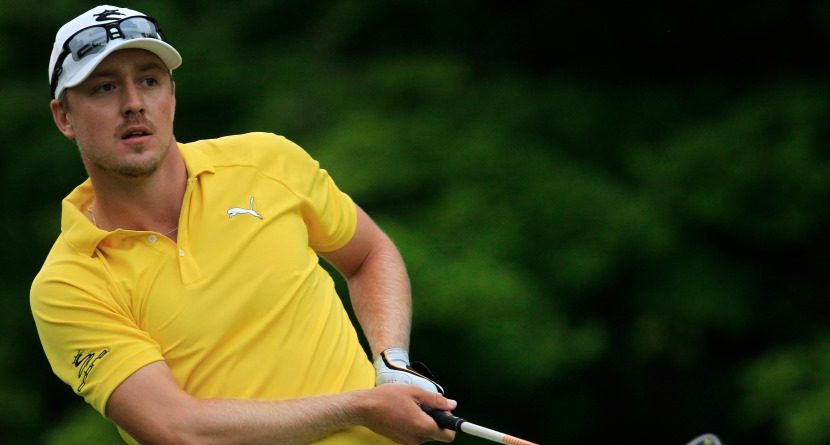 While you were out grilling burgers and lighting fireworks, Jonas Blixt was playing the best golf of his life. The 29-year-old Swede needed only 26 putts on Sunday to finish his third straight day with a 67, which followed a 66 on Thursday, and secure a two-shot victory at the Greenbrier Classic.

He may not join the long list of first-time winners the PGA Tour has already seen this season – Blixt’s first victory came in October at the Frys.com Open – but his $1.134 million check marks the biggest payday of his young career. Blixt’s second PGA win comes in his second year on Tour.

Yet you might be asking: Who is Jonas Blixt? That’s why we’re here. Five things you need to know about the young man:

1) He once stated that the course he would most like to play is Augusta National. Well, Blixt will be afforded that opportunity in April, as his victory on Sunday assures him a spot in next year’s Masters.

2) Blixt is represented by Lagardère Unlimited, the same agency that represents Phil Mickelson, who was also at the Greenbrier. Lefty didn’t stay for the weekend, though, after getting cut at 2-over through two rounds.

3) Blixt also boasts a sponsor deal with Puma, which gives him two amazing perks: He gets to sport pink golf gear and he is forced to attend sponsor functions with Blair O’Neal. That’s fun.

4) You probably could’ve guessed, but he’s a hockey fan. Born in Nassjo, Sweden, Blixt competed for his state hockey team growing up and is a big fan of Farjestad, one of the premier teams in the Swedish Hockey League. Blixt’s favorite athlete is Peter Forsberg, who won two Olympic gold medals for Sweden (1994 and 2006) and two Stanley Cups with the Colorado Avalanche.

5) Like Forsberg, Blixt competed for his country, but on the golf course. He helped the Swedish National Team to the 2001 European Championship. He later earned a scholarship to Florida State, where he led the Seminoles to their first-ever conference title in 2007 and was a first team All-American in 2008.