5 Things You Need To Know About Justin Rose 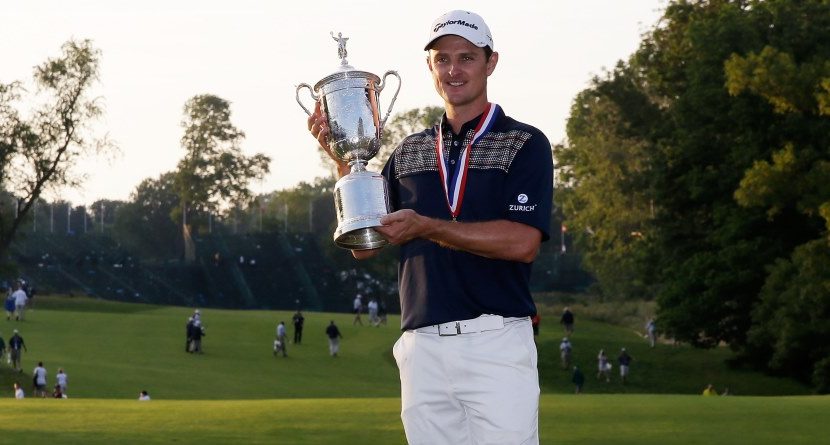 As much as people may have felt bad for Phil Mickelson coming up short yet again at a U.S. Open, you have to be thrilled for Justin Rose collecting his first major.

The world’s fifth-ranked player had competed in 37 majors without a victory, so you can understand why tears began flooding his eyes before he could even leave the 18th green. Victory was yet to be assured, but he entered the clubhouse with the lead. The title was his minutes later, when Mickelson’s chip to force a playoff cruised past the 18th hole.

And so, we have another first-time major winner. Eight of the past nine U.S. Open victors collected their first major title by taking the U.S. national championship. For Rose, it’s the fifth PGA victory of his career, and first since the World Golf Championships-Cadillac Championship in March 2012. Here are five things you need to know about the 113th U.S. Open champion, who’s expected to jump to No. 3 in the world:

1) Being Father’s Day, Rose immediately gave a shout-out to his father, Ken, who passed away with leukemia in September 2002. He also played the U.S. Open with the names of his two children, Leo and Lottie, sewn onto his shoes. The kids weren’t there to greet him after his massive victory, but wife Kate was.

2) Rose is the 12th international player to win a major since American Tiger Woods won the 2008 U.S. Open. Just six Americans have claimed victory over that 20-event span, with the rest of the tournaments going to non-Americans (Rory McIlroy and Pádraig Harrington have won twice).  Rose is the first man from England to win the U.S. Open since Tony Jacklin in 1970, and the first English major champion since Nick Faldo won the 1996 Masters.

3) Rose broke onto the scene as a 17-year-old amateur when he shot two rounds under 70 and tied for fourth at the 1998 British Open. He was assisted by a 50-yard chip-in on the final hole. Rose turned pro the very next day, but couldn’t sustain the magic. He missed the cut in 21 of his first 21 events.

4) Rose has worked with swing coach Sean Foley since 2009, after which a bulk of his success has come. Foley also works with Hunter Mahan, who played in Sunday’s final group with Mickelson and ended up tied for fourth. Foley also coaches Tiger Woods, the most-decorated of his pupils, but who earned a T32 this weekend.

5) Born in South Africa, Rose moved to England when he was five years old. Thus, he got his start on the European Tour, on which he now owns six career titles (his WGC and U.S. Open victories count for the European and PGA Tours). Rose also has a residence in Orlando.

Time to enjoy an amazing day!! Thanks for the support guys….. http://t.co/5tXOtw0ui9