5 Things You Need To Know About Ken Duke & Chris Stroud 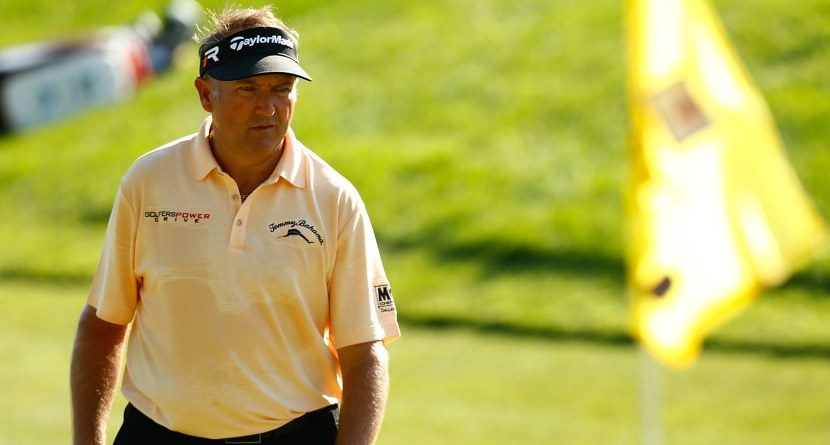 With victory No. 1 in PGA Tour start No. 187 on Sunday, Ken Duke became the 10th first-time winner through 26 PGA Tour events this year, and the sixth man in the past eight years to collect his first PGA win at the Travelers Championship.

His four straight days of staying under 70 were almost all for naught when Chris Stroud chipped in from 51 feet for birdie on the 72nd hole. Stroud also enjoyed all four rounds under 70, which was par for the TPC River Highlands course, but he fell to Duke on the second playoff hole.

They’re not newcomers, but also not headliners, so here are five things you need to know about Duke and Stroud:

3) Duke’s most recent win as a pro prior to Sunday came at the 2011 Nationwide Tour Championship (the developmental tour now called Web.com Tour). Before that it was the BMW Charity Pro-Am in 2006, when he was the Nationwide Tour leading money winner and Player of the Year.

4) Duke’s best finish in a major tournament was when he tied for 13th at the 2008 PGA Championship.

5) Diagnosed with scoliosis at the age of 14, the Arkansas native spent the next two years wearing a back brace 23 hours a day. But when the curvature of his spine increased from 26 to 51 percent, he underwent surgery that affixed a 16-inch metal rod to his spine. Just months later he returned to his high school golf team and has lived with that rod ever since.

This has been an amazing ride, thanks to everyone for all the support, it means the world to me!!! pic.twitter.com/NIJCb7nvR7

3) Stroud has never qualified to play in the Masters or British Open, and the only time he’s made the cut in a major was the 2010 U.S. Open, when he tied for 47th.

4) A two-time All-American while at Lamar University in Beaumont, Texas –15 miles from his hometown of Nederland – Stroud won the 2003 North and South Amateur tournament. He also competed for the U.S. at the 2004 Palmer Cup, an annual team event pitting American collegians against European counterparts.

5) Stroud says he would love to be a Navy Seal.

Thank u everyone to all my followers and to all my fans @TravelersChamp—I gave it all I had, it was @DukePGA s day

Related Link: Back9 in 90: The Duke of Connecticut