5 Things You Need to Know About Lydia Ko 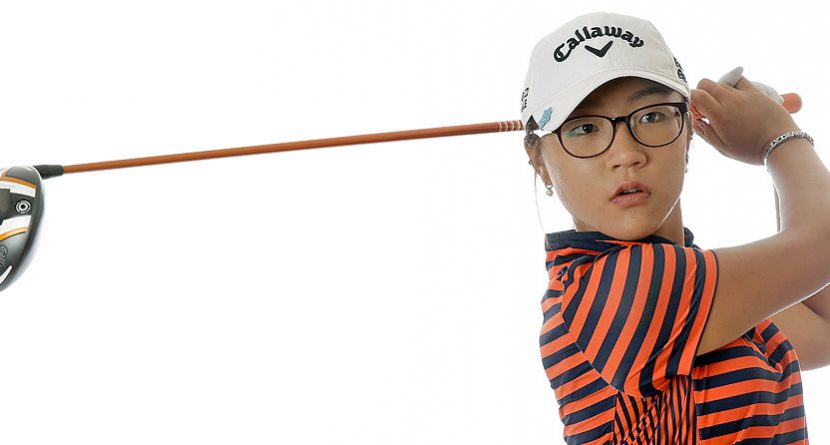 She’s 17 years old, the second-ranked player in the world, a three-time winner on the LPGA Tour, and one of the 100 most influential people in the world. But here are five other things you need to know about the phenomenal Lydia Ko:

She might already be better than her golfing idols
Ko says on her website that the golfers she most admires are Michelle Wie, Rory McIlroy, Lexi Thompson and Phil Mickelson. And if she could get three players for her dream foursome, they would be Wie, Mickelson and Thompson. Well, in just her first season as a professional, Ko has already matched Wie in LPGA Tour wins (three; two of which Ko won as an amateur the past two years), matched Thompson in career wins at the pro level (six; four which came as an amateur), and she’s ranked ahead of both of them in the world rankings (Ko is second, Thompson is sixth, and Wie is 13th). Yet, Thompson owns one career major while Ko and Wie are still seeking their first. The record books know her name
With a victory at the 2012 Women’s New South Wales Open on the Australian Ladies Professional Golf Tour, the 14-year-old Ko entered the record books as the youngest golfer ever to win a professional tour event (this mark was broken in June 2012). Later that year, she became the youngest winner on the LPGA Tour, taking the Canadian Women’s Open at 15 years and 4 months. In 2013, Ko defended her Canadian Open title for her second career LPGA Tour victory. Now, she has her eyes set on becoming the youngest major winner, and has nearly two years to accomplish the feat. Morgan Pressel holds the mark, as she was 18 years, 10 months, 9 days when she won the Kraft Nabisco Championship in 2007. Ko came close last year, finishing second at the Evian Championship.

She’s a Kiwi South Korean
South Korean by birth, Ko was born as Bo-Gyung Ko. But she moved with her family to New Zealand when she was 4 years old. The adopted homeland is where Ko really took up golf, as she began working with coach Guy Wilson when she was 5. She became a New Zealand citizen in 2009.

Her skills didn’t come from her parents
Neither her mother, Tina Hyon, nor father, Hong Ko, play golf. Rather, it was Ko’s aunt, Insook Hyon, who introduced her to the sport. “Everyone gets surprised because neither one of my parents play golf,” Ko said after winning the 2012 U.S. Women’s Amateur. “[M]y aunt and uncle really love golf, and we visited them, and she gave me two clubs. Like people think when they don’t know who my dad is, they think he’s my coach. Here they think my mom’s a genius in golf. But, no, none of them play golf.” Ko’s mom typically travels with her, but her father does not like to leave New Zealand.

She’s a fan of the Golf Boys
According to her LPGA.com profile, Ko would choose the Golf Boys’ “2.Oh” as her walk-up song if such a thing existed in golf. Golf Boys, of course, is the “musical group” made up of goofy PGA Tour pros Ben Crane, Bubba Watson, Rickie Fowler and Hunter Mahan. At the rate Ko’s star is ascending, the group may want to ask her to make a cameo in its next single.