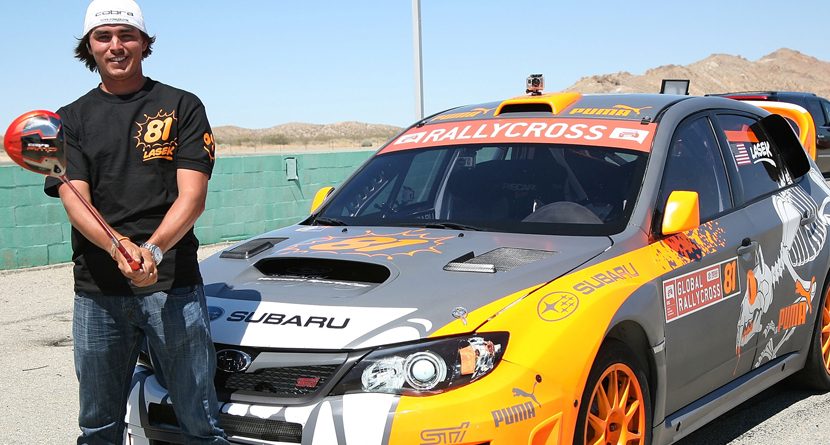 There is more to Rickie Fowler than meets the eye. Under that flat-brimmed hat and flashy style is a steely competitor with a deep spiritual life and an intriguing family background. Here are the five “Fs” that make up the man who contended in every major last year — and none of them are “freaky mustache.”

@DickFowlerPI still rock the khakis with a cuff and a crease! pic.twitter.com/PGChxp5Lez

Fiercely competitive
Almost every tour player was once a hometown hero, but Rickie was so dominant at the local level that it’s almost scary. When he was just a freshman, he shot a course-record 62 to win a Southern California high school tournament. He also shot 67 in two different regionals and added a 64 to win the state title. And at Oklahoma State, Rickie was an All-American and became the first-ever freshman to win NCAA Player of the Year. #GoTime, indeed.

Family
The future of golf is multicultural, and so is Rickie (full name: Rick Yutaka Fowler). He’s partially of Japanese descent — Yutaka was his grandfather’s name — and he also has Navajo ancestry. In 2011, he created the Rickie Fowler Foundation to help the Japanese and Native American communities.

Faith
One look at Fowler’s outfits and you might think, “This guy parties hard. Probably with Anthony Kim.” But that’s not the case. Fowler doesn’t drink and is a regular at the PGA Tour’s weekly Bible study events. You’ll find him there with other pros like Webb Simpson, Ben Crane and Bubba Watson. Rickie carries his faith onto the course as well. During the 2010 Ryder Cup, he marked his golf balls with Bible verses. (His prayers paid off: He birdied the last four holes to halve his Sunday singles match.)

Fanatic
Rickie Fowler gets passionate about motocross, golf and his alma mater, Oklahoma State. His motocross career ended at age 15 when he broke his foot in three places, and he’s made golf his day job. But the fervent passion for Oklahoma State is still going strong. Rickie has the OSU logo on his golf bag and wears orange every Sunday in homage to his school color. And guess what accent color you’ll see on his Cobra irons? Orange. Now that’s some serious school spirit.

Florida
Fowler used to live in Las Vegas, but found the bright colored lights too flashy for his taste. (Kidding.) Actually he just found a better setup in Jupiter, Fla., a.k.a. Pro Golfer Heaven. Also home to Tiger Woods, Rory McIlroy and too many other guys to list, Jupiter is the place to be if you’re a golf hotshot. Rickie’s a member at the exclusive Medalist Club and he even has a sandwich named after him at a local deli: ham, turkey, bacon and provolone, maybe with orange bell peppers.