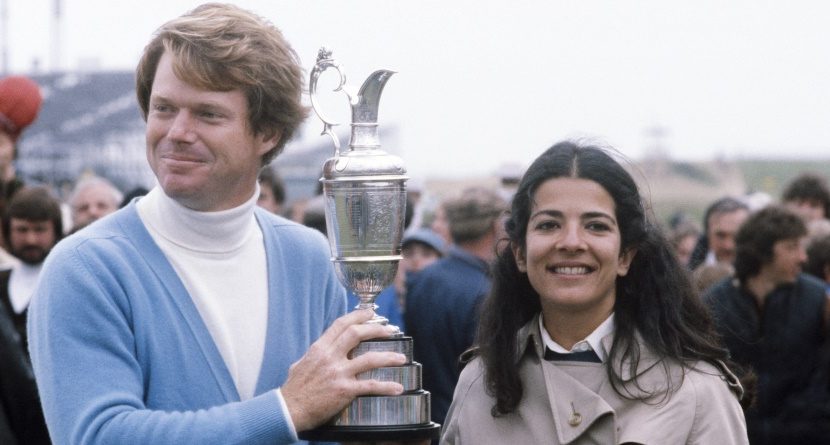 As host of the Open Championship 15 times, Muirfield Golf Course was bound to see some legendary moments. Boy, has it ever.

Many were produced by some of the most hallowed names in golf. To reminisce, here’s a look at the seven most legendary golfers who left Muirfield – site of the 2013 event – with the tournament’s famed Claret Jug:

Jack Nicklaus – The greatest golfer of all-time, the Golden Bear won the sixth of 18 career majors at Muirfield in 1966. Yet it marked his first Open Championship, and thus completed his first Career Slam – winning all four majors over the span of his career. Nicklaus became the fourth golfer to accomplish the feat at the time, and only Tiger Woods has done so since. Nicklaus so loved Muirfield that he called it “the best golf course in Britain” and in 1974 founded a club in his home state of Ohio named Muirfield Village.

Walter Hagen – Third on the all-time majors list with 11, Hagen was crowned champion at Muirfield in 1929. The victory defended his 1928 title and marked his fourth overall Open Championship. He was 36 years old at the time, and the Muirfield win ended up being the final major of his storied career.

Gary Player – Muirfield in 1959 sent a 23-year-old South African onto stardom. Player recorded a 68 that remains the best final-round score ever by an Open champion at Muirfield. The victory gave Player his first Claret Jug, his first career major, and at the time marked him as the youngest Open champion since 1868, and the youngest ever since the event expanded to 72 holes in 1892. That was his only win at Muirfield, but Player went on to win two more Open Championships (1968 and ’74) and tally a total of nine major titles.

Tom Watson – After winning three majors by the time he was 27, including two Open Championships, Watson was mired in a drought as he arrived at Muirfield in 1980. But he exited his funk in an emphatic way, carding a third-round 64 and taking a four-shot lead into Sunday. Watson stayed steady in the final round and posed with the Claret Jug for the third time. The victory spurred him on to major titles in each of the next three seasons, ending his career with a total of eight majors.

Harry Vardon – The first legend of golf may have been Vardon, who hailed from a place called Jersey, the largest of the Channel Islands in the English Channel. He captured his first career major at the 1896 Open Championship at Muirfield, and would go on to win the event at other locales five more times. He sandwiched in a U.S. Open title in 1900 for a career major total of seven. That stood as the most in the world for 16 years, until Bobby Jones came along and won the Open in 1930.

Lee Trevino – The man Watson held off in 1980 was Trevino, who prevailed at Muirfield in 1972. He wasn’t the crowd favorite that year, as Nicklaus was aiming for the Grand Slam after claiming 1972’s first two majors. But Trevino foiled his bid by one stroke, much to the thanks of a chip-in from 30 feet on the 17th hole, his fourth time chipping in from off the green over the course of the tournament. The win defended Trevino’s ’71 Open Championship and marked the fourth of what would be six career majors.

Nick Faldo – Like Player and Vardon, Muirfield vaulted Faldo into a remarkable career, as the Englishman collected his first major there in 1987. Faldo and the Open Championship returned to the course five years later, and Faldo became the first man to win two straight Opens at Muirfield since Scotland’s James Braid in 1906. Faldo went on to win six majors during his career, including a third Claret Jug in 1990 at St. Andrews.

Other Hot Links:
– 3 Things to do Near Muirfield
– Back9 in 90: Jug Life
– Kuchar Bums Ride To Muirfield