7 Most Dramatic Chip-Ins In Golf History 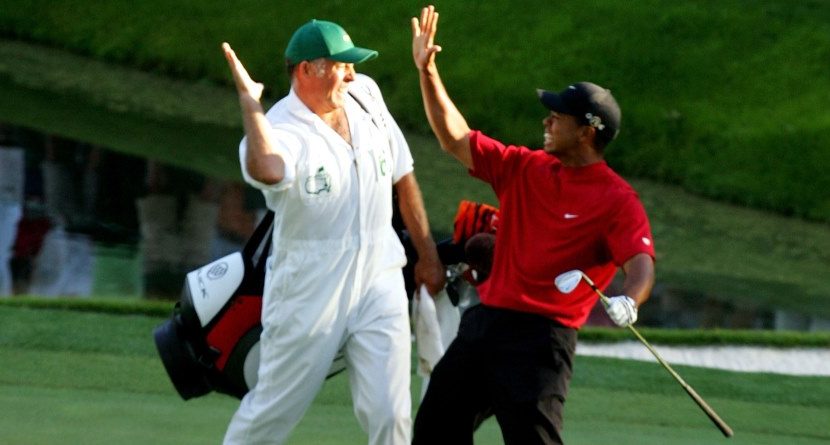 When you chip in from 51 feet to force a playoff, you’d be forgiven for believing things would fall your way in the end. But life and golf, as we all know too well, aren’t fair.

Nonetheless, Chris Stroud’s shot at the 72nd hole on Sunday at the Travelers Championship still classifies as incredible. We all visualize the shot we need to make, but rarely do we ever follow through perfectly.

He may not have won the tournament, but Stroud’s stellar shot earns honorable mention along with these dramatic chip-ins:

Watson Dismisses Caddie’s ‘Close’ Call
Tom Watson held a share of the lead going into Sunday at the 1982 U.S. Open, but the brilliant Jack Nicklaus carded a 69 that day and sat in the clubhouse at 4-under. A bogey on 16 brought Watson down to 4-under, and things didn’t look good when he ended up in the thick rough on the par-3 17th. Watson’s caddie told him to get the chip close, to which Watson replied, “Get it close? Hell, I’m going to sink it.” And he did. That birdie and another on 18 gave him a two-stroke victory.

Aoki Sinks Historic Eagle
Jack Renner looked to have the 1983 Hawaiian Open sewn up when Isao Aoki hit is drive into the rough on 18 and trailed by two shots. But his pitch from 128 yards darted straight for the hole, giving him an eagle and the first PGA Tour victory for anyone from Japan. That marked the only PGA win in Aoki’s career, which was honored with a 2004 induction into the World Golf Hall of Fame.

Tway Wins PGA From Bunker
Playing with Greg Norman in the final group at the 1986 PGA Championship, Bob Tway trailed all day – until the 72nd hole. He sank his chip from the bunker for birdie, forcing Norman to hole out from the rough to stay alive. He did not. That marked Tway’s first and only major title.

Mize’s Masters Miracle
Hole No. 11 at Augusta might be witness to the most dramatic chip-in in golf history. Larry Mize stood over his third shot, roughly 140 feet from the pin, on the second playoff hole of the 1987 Masters. Hundreds, if not thousands, at the course were pulling for him, the hometown boy born in Augusta, shooting for his first major title. He’d take it when his chip bounced first on the rough, then steadily rolled directly into the cup. Greg Norman had a putt to tie, but it didn’t fall. That was Mize’s first and only career major.

Pavin’s Eagle Paves Way To Win
Corey Pavin didn’t even bother trying to roll one in at the 1992 Honda Classic. From 136 yards out on the 72nd hole, his approach shot flew straight into the cup for eagle. That forced a playoff with Fred Couples. Pavin then drilled a 15-foot birdie putt on the first playoff hole for the victory. (Pavin’s highlight begins at :22 mark.)

Amazing Azinger
Emotions run a little higher during the Ryder Cup, so you can imagine the Americans’ joy when Paul Azinger holed his bunker shot on 18 to pull the Americans even with the Europeans in 2002. Europe would have clinched the Cup had Azinger let Niclas Fasth beat him, but Azinger kept the U.S. alive. The feeling didn’t last, however, as Europe’s Paul McGinley bested Jim Furyk in the next group. But that doesn’t diminish the impressiveness of Azinger’s chip.

Tiger Makes Nike’s Dream Shot
Quite possibly the most famous shot of Tiger Woods’ extraordinary career came at No. 16 during the final round of the 2005 Masters. He aimed his chip wide left to use the slope toward the hole, and it did exactly what he’d hoped. The ball slowly rolled down the green, settling for a moment on the lip of the cup. With TV cameras zoomed in tight, it then dropped, flashing Nike’s swoosh sign before it disappeared. Woods went on to win in a playoff over Chris DiMarco.