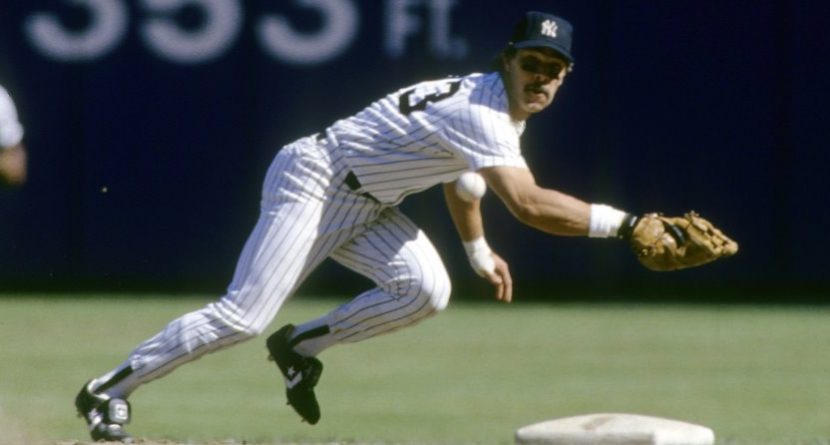 Tiger Woods’ back is back in the news. He underwent surgery for a pinched nerve, an operation that will force him to miss the Masters for the first time in his career.

He missed time due to back and neck issues in 2010, and he tweaked his back last fall during The Barclays. Back issues again surfaced a month ago at the Honda Classic, where Woods was forced to pull out early. He completed the WGC-Cadillac Championship a week later, but hasn’t competed since.

We hope the surgery fixes Woods’ issues, because we all know backs can be a pain in the back. They’ve crippled countless athletes over the years. Here are 9 of the more notable names to succumb to back pain:

Fred Couples
The coolest man in golf isn’t immune to some back flare-ups. They bothered him throughout his golf career, and he nearly quit the game in 2011. But the then-51-year-old discovered a therapy treatment in Germany and returned home saying he felt better in his 50s than he did in his 30s. Couples soon thereafter won his first senior major, the 2011 Senior Players Championship.

Larry Bird
A troublesome back sent Larry Legend into retirement in 1992. He still played a good 13 seasons for the Celtics, and averaged 24.3 points with 10.0 rebounds, but a compressed nerve root in his back forced him to miss significant time over the 1990-91 and ’91-92 seasons. Bird called it quits after helping the Dream Team win gold at the 1992 Olympics.

Don Mattingly
Donnie Baseball tore up the big leagues once he became a full-timer in 1984, earning six All-Star berths and taking the ’85 MVP award. But he hurt his back in 1987 – he said it was from fielding ground balls; other reports indicate it may have resulted from wrestling with teammate Bob Shirley – and was never quite the same. Yankees fans believe he’d be in the Hall of Fame by now if it weren’t for that back problem.

Mario Lemieux
The Canadian starred for 17 years with the Pittsburgh Penguins, appearing in 10 All-Star games and collecting the Hart Memorial Trophy three times as the NHL’s MVP. But after his sixth season, he underwent back surgery to repair a herniated disc. Three years later, he needed another surgery for a herniated muscle.

Earl Campbell
A Hall of Famer despite playing just eight years, Campbell retired in 1986 at age 31 due to knee and back injuries, a result of the running back’s physical and punishing running style. His back still bothers him to this day, and though he says he has a hereditary back condition, it was intensified by his football career.

Larry Johnson
During his first two NBA seasons, Johnson averaged a double-double and led the league in minutes played in 1992-93. None of that ever happened again. He herniated a disc during a game in December 1993, and it developed into a chronic problem that forced him to retire at 32. He played a total of 10 seasons, but never reached the Hall of Fame potential he had when he entered the NBA as the first overall pick in 1991.

Rob Gronkowski
The Patriots’ stud tight end had more touchdowns through three seasons than any other tight end in NFL history, and he even missed five games in 2012 with a broken arm. Then, prior to the 2013 season, he also developed a herniated disk in his back, which required surgery over the summer and kept him out of the first six games of the 2014 season.

Dwight Howard
Then with the Orlando Magic, Howard suffered a herniated disc in April 2012 that forced him to miss the rest of the season and undergo surgery to remove a mass more than five inches long. He probably should have sat out the start of the 2012-13 season, but he was eager to prove his worth to his new team, the L.A. Lakers. Lingering back pain and a shoulder injury limited Howard to his lowest scoring average in seven years.

Denny Hamlin
Also playing – or driving – through pain has been NASCAR’s Denny Hamlin, who endured bulging discs in his back last season. He fractured a vertebra during a race in March 2013, but continued to drive even if he couldn’t stand up.