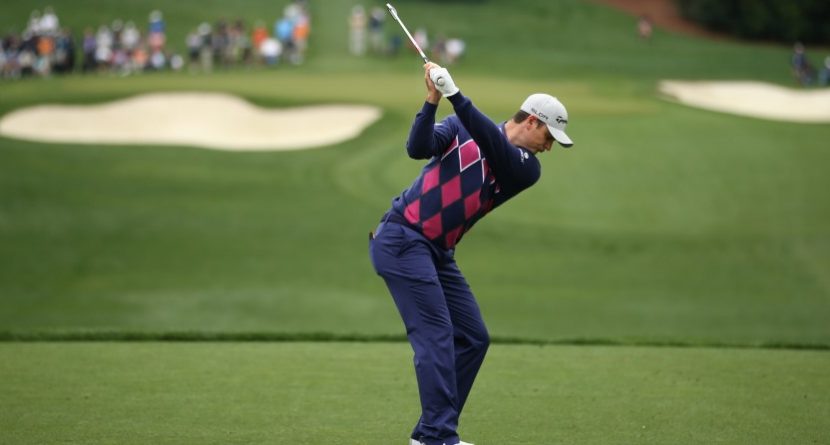 Reigning U.S. Open champion Justin Rose shot up the leaderboard Friday into a tie for second at the Wells Fargo Championship, one shot behind leader Martin Flores. Rose carded four birdies and an eagle to go with one bogey, good for a 5-under 67 on the day.

That wasn’t the lowest score of the round, as Brendon de Jonge posted an impressive 10-under 62 (18 shots better than his 8-over 80 on Thursday), and Kevin Kisner went 6-under. But those gentlemen weren’t sporting a blue-and-pink argyle sweater like Rose, and for that he earns bonus points.

Rose also jumps into our list of best argyle looks ever on the golf course. No matter the decade, those patterned diamonds never get old: – With girlfriend, Anna Cladakis, at the 2010 Open Championship