9 Best Golfers Yet to Win a Major 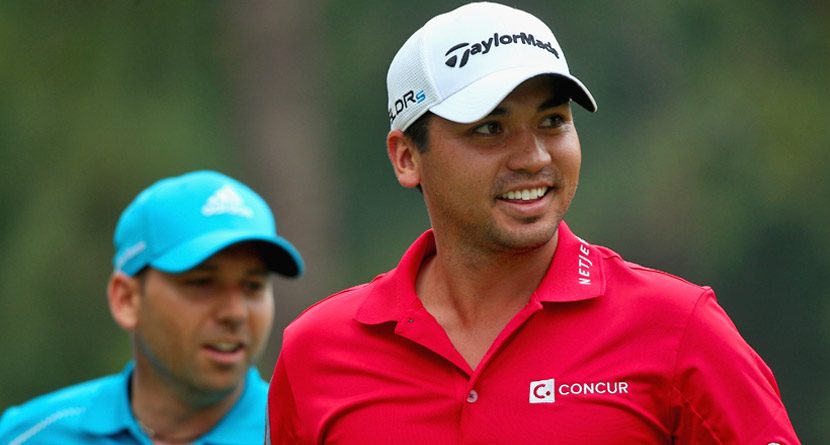 With the fourth major of 2014 upon us, it’s time to ratchet up the oldest debate in the game: Who’s the best golfer yet to win a major? There are easily a dozen guys we could put on this list entering the PGA Championship, but we’ll go with our top 9:

Steve Stricker
Amongst the elite major-less golfers, no one is older than Stricker (47) or richer ($40,411,840 earned on the PGA Tour alone). He’s in semi-retirement mode, but should he capture a major, he might completely return to his family. His closest call at a major was runner-up at the 1998 PGA Championship. Matt Kuchar
Up to No. 6 in the world rankings is the 36-year-old Kuchar, who’s never placed higher than third at a major (T-3 at the 2012 Masters). After earning low-amateur status at both the 1998 Masters and U.S. Open, he either didn’t qualify or got cut after two rounds in all but one major during the entire decade of the 2000s. Kuchar tied for fifth at this year’s Masters, tied for 12th at the U.S. Open, tied for 54th at the Open Championship, and then pulled out of the PGA Championship with a bad back. Lee Westwood
Westwood reached world No. 1 status late in 2010 and he never dropped below third in 2011. He’s now 34th in the world, but has recorded two top-10 results in majors each of the past five years. With a seventh place at this year’s Masters, he’d need a top-10 result at the PGA Championship to keep that streak alive (he missed the cut at the U.S. Open and Open Championship). The 41-year-old is No. 2 on the European Tour career money list (€30,033,690, or nearly $40.2 million) and he’s collected more than $16.8 million on the PGA Tour. Westwood has played 66 career majors without a win, the most of any active player. Henrik Stenson
Stenson comes in at No. 4 in the world with three top-five finishes in his past five major appearances: T-4 at this year’s U.S. Open, third at last year’s PGA, and second at the 2013 Open Championship. Those last two results, coupled with his FedExCup title, made him the hottest golfer on the planet at the end of last season, but he hasn’t found that form in 2014. He was T-14 at the Masters and T-39 last month at the Open Championship. Dustin Johnson
You might argue that a 30-year-old is too young to put on this list, but couldn’t it be viewed as a compliment? In just his seventh year as a pro, Johnson has ascended high enough in the world rankings (No. 17) and the all-time PGA Tour money list (No. 30 with $24,157,093) to warrant inclusion. His best result in a major is T-2 at the 2011 Open Championship, and he finished T-4 at this year’s U.S. Open, but he won’t be playing the PGA — he’s currently on a leave of absence to deal with personal issues. Jason Day
If Johnson is too young, then Day really is. But the 26-year-old Aussie is No. 9 in the world, largely because of his play at the majors last year. He held the lead for part of Sunday at the Masters and went on to secure three top-eight finishes in the 2013 majors. Day was a combined 2-over-par in those four events, tied with countryman Adam Scott for the best aggregate score among players who made the cut at each major. This year, though, Day was T-20 at the Masters, T-4 at the U.S. Open, and T-58 at the Open Championship. Ian Poulter
Now 38, the outspoken Brit’s window of major opportunity appears to be closing. It was only two years ago that Poulter recorded a top-10 finish in three of the four majors. Yet, he could only manage one last year (T-3 at the Open Championship), he tied for 20th at the Masters this year, tied for 17th at the U.S. Open, and missed the cut at last month’s Open Championship. He’s now down to 29th in the world. Luke Donald
Another former world No. 1, Donald broke a string of four straight missed major cuts at the Open Championship, but it was merely a T-64 result. The 36-year-old is now No. 26 in the world with career-best major finishes of T-3 at the 2005 Masters and 2006 PGA Championship. Note: Some earnings count on both the PGA and European Tour money lists.