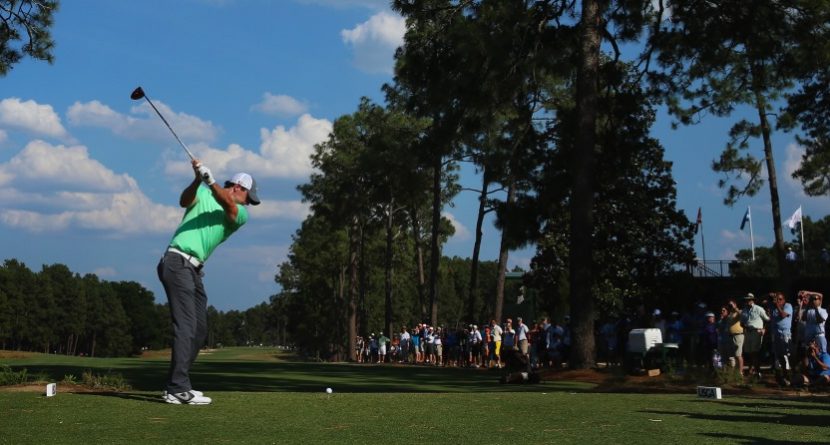 Less than 24 hours remain until the 2014 U.S. Open tees off on Pinehurst Resort’s No. 2 course in Pinehurst, N.C. That means it’s time to make some important decisions about which groups to follow the first two days.

If you’re at home, you’re at the mercy of what the TV stations will show you. If you’re at Pinehurst, you can follow any group your heart desires.

Here are the nine best to keep an eye on:

Phil the Thrill is seeking his first U.S. Open victory, which would complete the career grand slam. He’s finished runner-up at this event six times, including last year, when Rose took the title. The U.S. Open hasn’t been won back-to-back by the same person since Curtis Strange in 1988-89, so Rose should just concede that he’s not going to win and help out his pal Mickelson. Fitzpatrick, the reigning U.S. Amateur champion, can learn a lot from these two. Off the tee right after Mickelson, Rose and Fitzpatrick is the Group of the Future. The 20-year-old Spieth is the 10th-ranked golfer in the world and already wants his first major after placing second at the Masters. The 25-year-old Fowler is arguably the most popular golfer on tour due in part to his chic PUMA look, and he feels like he can contend after a T-5 at the Masters. The 22-year-old Matsuyama secured his first PGA Tour win a couple weeks ago after earning two top-10 finishes in majors last year. The Masters Champions Group. After winning the 2014 Masters, Watson is the only man who could collect the calendar-year grand slam. Scott won the Masters last year and is now the No. 1 golfer in the world; a U.S. Open win would back up his desire to have a game that fits any course. Schwartzel would love another major to prove his 2011 Masters title wasn’t a fluke. The U.S. Open Champions Group. McIlroy crushed the field in 2011 at Congressional, a year after his countryman won at Pebble Beach. Simpson claimed the crown in 2012 at Olympic Club. At No. 6 in the world, McIlroy is the only one in this group showing good form of late, as McDowell ranks 22nd and Simpson 31st. The Best Group Yet to Win a Major. Each one of these gentlemen made our list of the best major-less golfers, and would be happy to jump off in Pinehurst. Stenson’s ranked No. 2 in the world, but has yet to show his fine form from 2013. Kuchar is No. 5 and as solid as ever, yet only has one win to show for it this year. Westwood owns eight top-three finishes in majors. Immediately preceding Stenson, Kuchar and Westwood is the Second-Best Group Yet to Win a Major. Garcia and Day also made our list, and Snedeker could have. Garcia owns five top-three finishes in majors. Day tied for the best aggregate score last year among players who made the cut at each major. Snedeker has placed in the top-three at majors twice. The Most Interesting Group in the World. The masses love Poulter for his style and quick wit. The masses love Jimenez for his cigars and stretching. The masses don’t know much about Jaidee, but if he enjoys fast cars, he’ll fit in with his partners quite well.