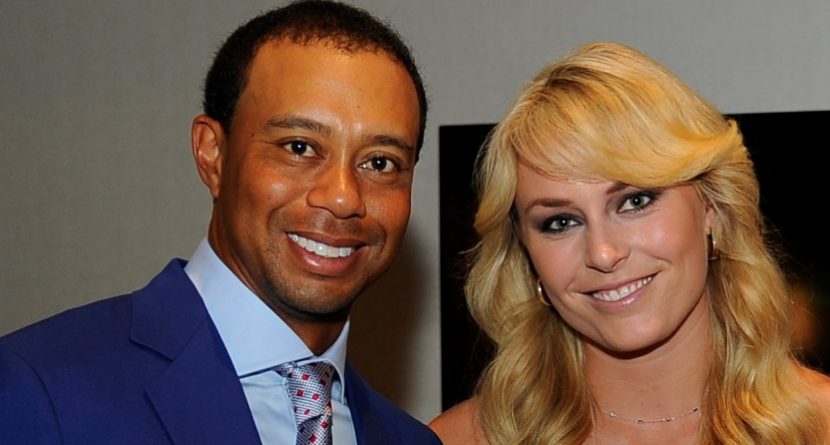 Do you have that one person in your life who has everything? Or is maybe so loaded that they can afford anything?

Well, you’re not dating Tiger Woods, whose estimated worth hovers around $500 million. Try being Lindsey Vonn, his world-class-skiing girlfriend who will be shopping for her beau in advance of his 38th birthday on Monday.

But it’s the thought that counts, not the price tag. Just because Tiger could buy nearly anything he wanted, that doesn’t mean it’s not special coming from Lindsey. So just like we helped out Tiger with gift ideas for Lindsey back in October, we wanted to offer the same assistance to Lindsey:

38th Birthday T-Shirt
Tiger works out. He looks great for his age, or any age for that matter. He should proudly boast without having to say it. Squirrel Trap
You may remember: Earlier this year, Lindsey thought it would be funny to place a squirrel on Tiger’s back while he was watching the action at the Presidents Cup. She thought it was funny; others around them thought it was funny. Tiger didn’t. He eventually played along, but it could’ve just been one of those things guys do to make their girlfriends happy. Lindsey could say “I’m sorry” by ensuring another squirrel never makes it that close to Tiger again.

Private Ski Lessons at Vail
Tiger and Lindsey have been spotted on the slopes together, and Lindsey revealed in an interview that Tiger would like to get better at skiing. Lindsey’s a legend in Vail, which boasts one of the most-renowned ski resorts in the world. Her hookups could get him some nice private lessons.