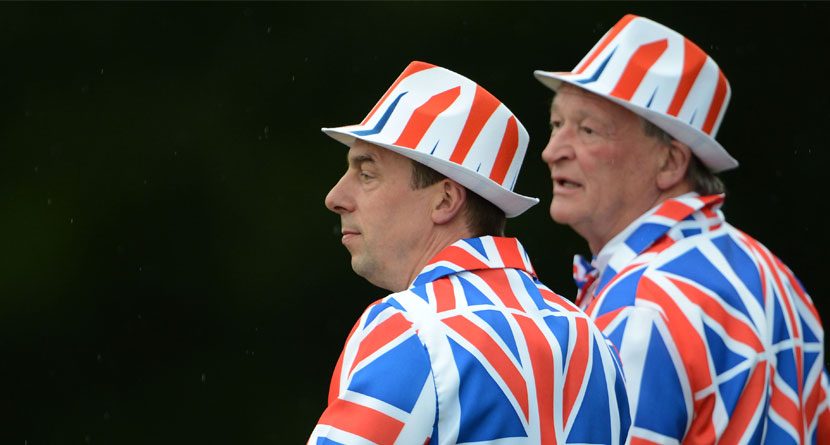 Golf fans don’t always get the attention that fans of other sports get, but when you take the time to look, there are some diehards out there… and they’re fantastic.

Golf’s majors,  in particular, seem to bring out the biggest and craziest fans for some reason, but I’m certainly not complaining. I love seeing fanatics going all out for their favorite players, or just for no reason at all. Granted, there is a fine line between being rowdy and annoying (like the birdman who interrupted Webb Simpson at the 2012 U.S. Open), and simply being a golf super-fan.

With that said, the Open Championship seems to feature some of the best fans year in and year out. We’ve seen everything from Buzz Lightyear to Where’s Waldo outfits, and it doesn’t stop there. Not even close.

Here are the 9 best fans (or groups of fans) from the Open Championship:

A long way from Hawaii: Luck of the Irish: More From the Fans:
– Are These the Biggest Tiger Woods Fans Ever?
– Photos: Tiger Woods Fans
– Miguel Angel Jimenez Fans Are Large, Crazy Bunch
– Who Is Baba Booey and Why Do Golf Fans Yell That Name?