9 Guys Who Can Win The 2016 Open Championship 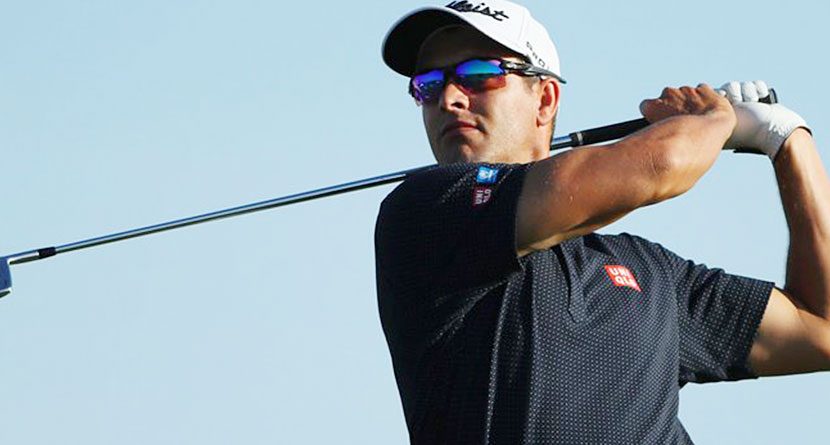 Early Thursday morning, 156 men will tee off at Royal Troon with hopes of hoisting the Claret Jug and being crowned Champion Golfer of the Year 72 holes later. With all due respect to the 147 guys not on this list, but these are the nine guys we have our eyes on to win at Troon and a short explanation why.

Grace might be the hottest golfer on the planet not named Dustin Johnson. The South African has finished in the top-5 in three of the last five major championships, has won this year on both the PGA and European Tour and has a perfect game for Royal Troon.

The demise of Jordan Spieth has been greatly exaggerated. After letting last year’s Open at St. Andrews slip through his hands, Spieth is trending in the right direction to get the third leg of the career grand slam.

For our money, still the most talented player on the planet with a newly-developed chip on his shoulder after being beat up in the media for candid comments. With his driving ability, Rory can bring any course to its knees with only a solid week on the greens.

The No. 1 player in the world has cemeneted his position at the top of the game, so it would be foolish to not have him on your radar this week. He can bomb it, chip it and putt it. That’s good most places.

Coming off of back-to-back victories at the U.S. Open and WGC-Bridgestone, there may not be a person on Earth striking the ball with as much confidence as DJ. Solid finishes at Opens in the past seem to be a good indicator now that the flood gates seem to have been broken down.

Coming off of a win at the BMW International Open, Stenson is a protypical links golfer. Long, straight and playing a course that he can pick apart with his bionic 3-wood, Stenson is as good of a pick as any to get his first major championship this week.

Flying under the radar most of the season as he battled some injuries, Rose is saying all the right things heading into the Open. Can he put it all together to claim his second major this week? We wouldn’t be surprised if he does.

Sergio, Serigo, Sergio, will you ever win a major? El Nino has become a popular pick to win this week, which doesn’t seem like it could end well. All the love has us hedging just a bit, but there’s no doubt that the Open is his best major.

If he didn’t have that green jacket in his closest, Scott’s near misses at Open Championships through the years would sting that much more. However, having won twice already this season on the PGA Tour, Scott has peaked once, regressed to the mean and peaking again. Finally, he’ll get his Claret Jug.