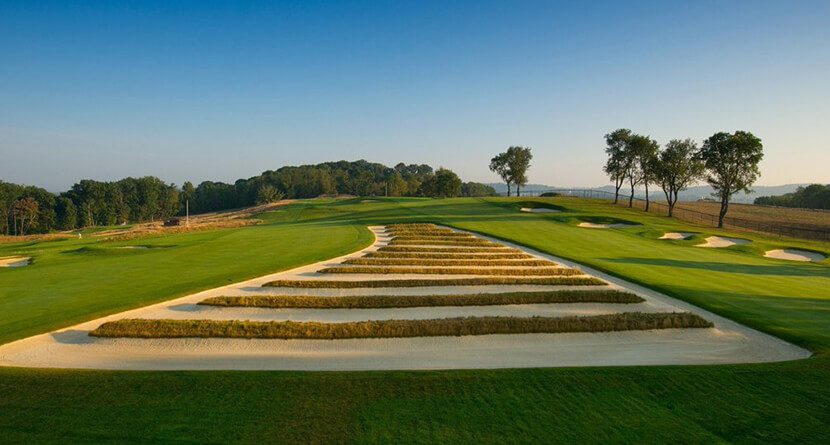 The U.S. Open kicks off this week at Oakmont Country Club in Western Pennsylvania. An open-field of 156 players will tee it up on Thursday morning, all with dreams of hoisting the trophy at the end of the week. In reality, less than half of the field has a real chance to win and if we’re being honest, even fewer than that can legitimately be called contenders.

With that in mind, we’ve taken the field and shrunk it down to 9 guys who we believe have the best chance to win the U.S. Open. Here they are. Six runners-up at the U.S. Open and literally the only thing Lefty has missing on his resume. Oakmont, by all accounts, doesn’t fit Mickelson’s game too well, but neither did Muirfield three years ago at the British Open. If there’s a player who seems destined to win a U.S. Open among the young American contingent, you’d be hard-pressed to not choose Reed. A consummate grinder, his enforce-my-will match play acumen should translate well to a traditional U.S. Open set up. Playing well at a U.S. Open requires hitting the ball on a line and Matsuyama goes one-handed follow through if a shot is not falling directly down the flagstick. The only question surrounding Matsuyama is whether he can warm up the putter enough to contend, but there’s a good chance Oakmont’s green negate great putters’ ability to hole putts most cannot. For my money, Rory is still the best player in the world when the best players in the world are on their game. He’s coming off of a confidence-booster finish at the Memorial. One of the best drivers in the game as is — in the same vein as Angel Cabrera at 2007 U.S. Open, the last time the Open was held at Oakmont — McIlroy could overpower the course if the expected rain softens up the course. Can Sergio finally get out of his own way and win a major? He’s playing well has the prototypical U.S. Open game tee to green. An improved putter on the green, Garcia can contend if he avoids the big number. Another one of those guys who can stripe it tee to green and just needs an adequate week on the greens to win. Has shown the form to win a couple of times this year and has had ample time off to get his game into shape. The defending champion somehow feels like a skeptical pick coming off of his collapse at the Masters earlier this year, but Spieth’s short game and putting prowess could be the difference for Spieth. An under-appreciated ball striker and a recent winner at Colonial, Spieth is in form and ready for redemption. Last year’s U.S. Open punch line has played himself into contention over the past few weeks and is primed for a major breakthrough. The only thing stopping me from picking DJ is the amount of people who have jumped on the bandwagon. A bomber in the Angel Cabrera mold with an underrated putting game, DJ could be the guy this week. Former USGA president Sandy Tatum said, “We’re not trying to embarrass the best players in the game. We’re trying to identify them.” Day is the best player in the world who is playing the best golf in the world. He’s a bomber when he needs it, hits the ball sky-high to cancel out the firm Oakmont greens, can put his 2-iron in the fairway when need be and has the short game to bail himself out when he needs it. Betting against Jason Day is starting to feel like more of a risk than betting on him.