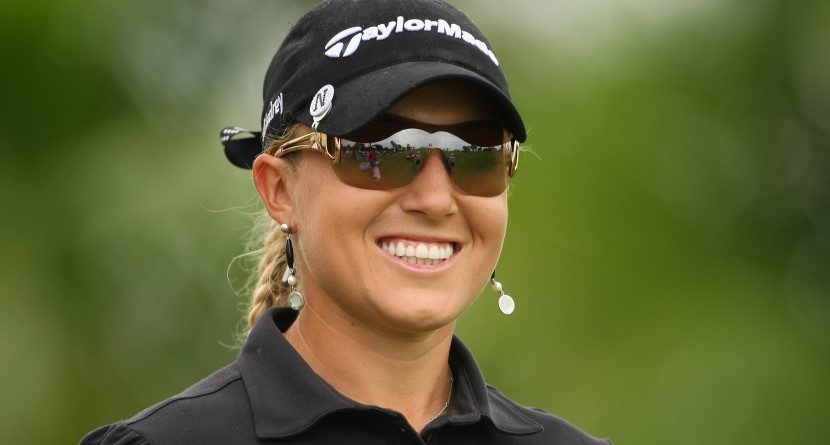 Forbes released its Celebrity 100 list Wednesday, highlighting the most powerful celebrities in the world. Not surprisingly, Oprah Winfrey earned the top slot.

The highest-ranked athlete was Roger Federer at No. 8, and the highest-ranked golfer, as you should guess, was Tiger Woods. He came in at 15, one spot ahead of LeBron James. The next golfer? Phil Mickelson, of course, who ranked 52nd.

And that was it for golfers. But what if the list was expanded? Who else would make an appearance? Starting with the aforementioned and taking into account factors such as money and social media, here are our nine most powerful golfers:

1) Tiger Woods – Clearly the most popular player in the sport, his game shows his power (No. 1 on tour this year), as does his money (more than $40 million in winnings and endorsements) and his army of Twitter followers (3,433,939 and counting). You could also add the legion following his girlfriend, skiing superstar Lindsey Vonn (226,195). 2) Phil Mickelson – He doesn’t use Twitter, but Mickelson’s still popular to the masses. His $36 million in endorsements last year topped Woods, even if his game ranks No. 6 in the world. 4) Rickie Fowler – The most popular golfer based on looks alone might be Fowler, the poster boy for Puma Golf. Colorful flat-bill Puma hats are all the rage with kids at nearly every PGA Tour stop. 5) Ian Poulter – It’s a tough call to place Poulter behind Fowler considering he boasts nearly three times as many Twitter devotees (1,497,224 to Fowler’s 533,642) and is also a Puma guy, but the Englishman’s look isn’t mimicked as much on the PGA Tour. Could be on the European Tour, though, we’re not sure. 6) Inbee Park – The world’s top-ranked female is just 24 years old and owns three majors. Two of them already came this year. The South Korean would move into rarified air if she can nab three or four this year. 7) Natalie Gulbis – She may not be among the upper echelon of women’s players right now, but she’s still the most popular. Her 155,509 followers are tops among female golfers, and the modeling money she brings in must be substantial. 8) Guan Tianlang – This is the 14-year-old who qualified for the Masters and became the youngest player in history to make the cut at a 72-hole major. The Chinese amateur hasn’t earned any money for his golf yet, but the dollars (or yuan) are surely to pile up if his success and fame take hold in his homeland. 9) Stewart Cink – He gets on this list because he ranks fourth among golfers on Twitter (1,143,599 followers). We’re not exactly sure why he’s so popular; it’s not because of his game. He’s 184th in the world rankings, owns just won major victory (2009 British Open) and hasn’t earned more than $1 million in winnings since 2010.